A walk in the proverbial park. The boys mixed it up well for the most part at the Stadium of Light against a Sunderland side - well, let's be fair here - that was shit. Asamoah Gyan off to the oil fields, too? Steve Bruce. Man, the guy's in trouble. 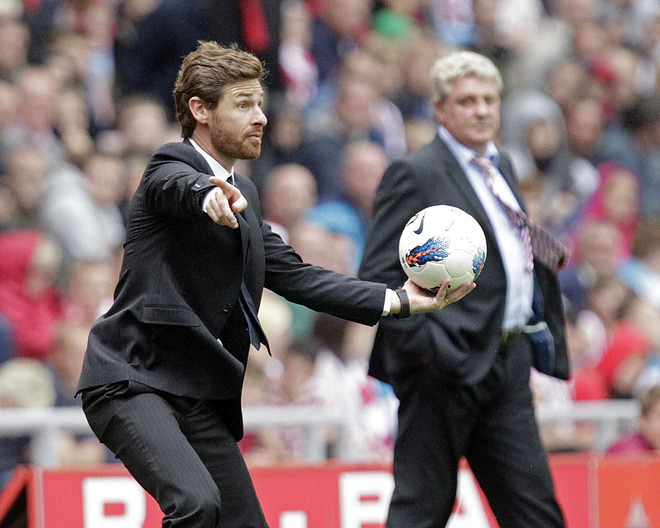 Improvement. That's what we all have been looking for since the preseason, and that's what we continued to see in Chelsea's fourth competitive match under Andre Villas-Boas. I'd say we were good. Not great, but good. This was nearly a complete effort from us. Of course, the late concession mars things a tad. But, really, it shouldn't. We absolutely dominated this match. Sunderland, meanwhile, never showed the hell up. Well, at least not until we decided to do what we do these days. And by that I mean enjoy a nice lapse of concentration defensively.

As such, a 2-1 scoreline doesn't tell the story. Not at all. We probably should have grabbed four at the least but, again, profligacy and this side's startling inability to create quality chances was painfully evident. I mean, I know we still lack a true playmaker in midfield but against a team giving us as much space as Sunderland, we should have been carving out opportunity after opportunity. Juan Mata, again, this time on his full debut, was excellent in a free role but the Spaniard can't be asked to do all the heavy lifting. I do, however, expect this aspect to improve as the players become more comfortable with each other and what Villas-Boas is seeking from them.

Even with clear-cut chances coming at a premium, it didn't take us long to open the scoring. On 18 minutes, some great work by Nicolas Anelka to win a free kick on the edge of the penalty area led to a wonderful curling effort by Mata that struck the lower half of the near post. Woefully unlucky not to score his second in as many games. Nevertheless, we managed to keep the ball in play and it eventually rolled out to Daniel Sturridge who, with the first of his two key contributions, lofted a great cross from the right edge of the box toward an unmarked John Terry standing about 10 yards from goal on the left. Terry first attempted to pick out Anelka in the center of the six, but was unsuccessful. The ball ricocheted back to the captain, however, and he side-footed a shot into the ground that worked its way through a crowd and into the net. Lovely.

The crack ESPN commentary team of Ian Darke and Steve McManaman seemed somewhat surprised with Terry's goal-scoring prowess. I ask: Have you been watching football long? England's Brave pulls out a cracker pretty much every season. But I digress.

The rest of the first half was more of the same, sans another goal. Oh, and there were numerous cuts to Fernando Torres looking all pouty in his seat on the bench. Poor guy. Aside from one decent effort from Stephane Sessegnon, Chelsea had 90-odd percent (sarcastic estimate) of the possession, while Sunderland simply sat back and chilled. I'm talking chilled. You know, like they were waiting outside for a table at Cracker Barrel in those bummy-ass rocking chairs. Seriously, Sunderland allowed Chelsea all kinds of space on the ball. Training session steez. The only guy even remotely up for a game of football was Wes Brown. And maybe Nicklas Bendtner, who tried. He tried, man.

Just prior to the half, things picked up for the hosts when Phil Bardsley decided to have an old fashioned stamp on Mata as he lay stretched out on the field after an earlier non-call. Did Bardsley mean it? On replay, I'd say yes. There's a noticeable jump in aggression when his foot comes down onto Mata. I'm not going to lambaste the man, but it's inexcusable. But, you know, maybe he really didn't intend to catch the Spaniard. I guess we'll never know. I would, however, expect the FA to take a look at the incident and perhaps serve out a ban. We'll see.

Anyway. The second half was eerily similar to the first, perhaps even more one-sided. Raul Meireles was having a laugh on his debut, not really having many attacks to break up from his holding role while serving up some incisive passing in the meantime. In fact, it was his sexy 40-yarder that set up our second goal of the day around 50 minutes. The tatted one expertly picked out Sturridge, who did well to hold off Brown to his left while readjusting himself as Sunderland goalkeeper Simon Mignolet attempted to close down the angle. In readjusting, Sturridge set himself up for a stunning piece of improvisation - a back-heel toward the far post that just sneaked in off the upright as Brown was sliding into the net. It was a wonderful way for Sturridge to open his account this season, what with his excellent form in preseason being cast aside thanks to that three-match ban.

Match over at that point. The only question was would we add to our total - or, more specifically, would Nando add to our total. The answer was a resounding no. Torres looked mightily off the pace, a moment late in which he somehow managed to sabotage a 3 v 1 with a non-shot, non-pass, non-anything being particularly bemusing. The excuses are beginning to run out for our well-paid No. 9.

We managed to see out the game despite Torres' troubles, even if we managed to make it interesting late on. Some ball watching from Branislav Ivanovic and a mental lapse from Jose Bosingwa allowed Bendtner to ghost in to the center of the box and knock on the ball for Ji Dong-won to score his first in English football. Yay. That made for some nervous clearances over the three added minutes, but we coped and have now claimed 10 points out of a possible 12 to open the new season. Not half-bad.

Next weekend? A trip to Old Trafford. Yeah, I'd call that a step up in quality. Are we ready for such an occasion? I'm not sure. Though we are improving, we've yet to really convince. Manchester United, meanwhile, are scoring with fucking ease. Defensively, however, they can be had I think - even if I do feel Phil Jones may well be the next EBJT. Survive the early surge and we may just have a chance. In the meantime, we have Bayer Leverkusen in midweek to focus on. That should be highly entertaining fare, what with Michael Ballack returning to Stamford Bridge. A improvement on Sunderland there, then another step forward at the Theatre? I see no reason why not. Up the Chels.