Share All sharing options for: Super Frank pulls out of Netherlands friendly 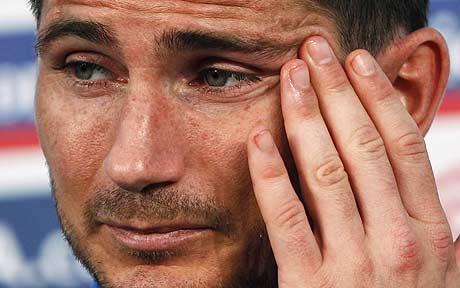 Interesting news out of the England and Chelsea camps today. Frank Lampard has withdrawn from the England side to face Holland on Wednesday at Wembley. The reason: a throat infection.

Says the official release from Chelsea:

Frank Lampard has withdrawn from the England squad to face Holland on Wednesday the FA has announced.

The Chelsea vice-captain has a throat infection. John Terry and Ashley Cole remain in the squad for the friendly international match at Wembley.

Ouch. Though this must be rather painful, it doesn't appear to be too serious - at least on the surface - and should not keep him out of action for that long. Whether he will be available for our season opener Sunday at the Britannia is unknown, however, thanks to the lack of substance in the release.

If Frank does indeed miss Stoke, we'd be rather thin in midfield - what with Essien out, Zhirkov sold, Mikel's status unclear and Romeu still away on international duty. I would reckon we would be fine regardless, but it would be nice to have Lampard available - even if his preseason form has been indifferent at best.

As always, we'll keep you posted on our vice-captain's status as it becomes available.