Anderlecht confirm agreement for Lukaku, striker on his way to London for medical

Share All sharing options for: Anderlecht confirm agreement for Lukaku, striker on his way to London for medical

romelulukaku Romelu Lukaku
Is going next to london for the medical tests... More news next week ;)

That's Romelu via Twitter 57 minutes ago. Add to that an official piece on the RSC Anderlecht website confirming the deal, an article that cannot be accessed at the moment for sheer volume of hits, and we're thinking this particular transfer saga is done and dusted. 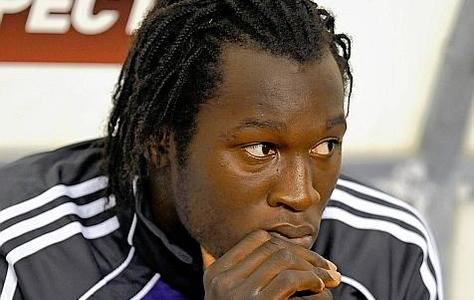 You know, it always felt like this deal would be completed. The player wanted the move, Anderlecht knew it was best to sell now and Chelsea were very much interested. Cue today's developments.

First we get Romelu admitting he's off to London for tests. Then we get this elusive article on the club's official website. Me, I've yet to be able to access it; thankfully for us, someone else has. Here's a rough translation of the opening statements.

RSC Anderlecht and FC Chelsea reached today, Saturday, August 6, 2011, a final agreement on the transfer of striker Romelu Lukaku. Subject to the results of medical tests and handling the final details between the player and his new club will Romelu Lukaku the current 2011-2012 season from a player of Chelsea FC.

"It is unfortunate that we Romelu – by RSCA discovered and trained – to let go, but the transfer is a win-win situation for the player and the club. The management is committed to finding a good replacement for the lack as soon as possible to catch," said Anderlecht manager Herman Van Holsbeeck. "We wish Romelu luck with the rest of his career."

So, subject to a successful medical, we'll be adding another supremely talented striker to our already burgeoning frontline. Where does he fit? Perhaps more significantly, who exits? One would think someone would have to make way, even with Nicolas Anelka vowing to see out the final year of his contract and Salomon Kalou always, somehow, proving to be a valuable asset. It will be interesting to see how Andre Villas-Boas handles the logjam, that is if he even thinks it is indeed one.

Update: Looks a certain now. Chelsea officially announce that an agreement has been reached subject to a medical.

"He (Lukaku) is a very interesting young prospect and we have to be able to position ourselves to be able to get this kind of talent," Villas-Boas said.