Share All sharing options for: The youth movement continues with Celtic's Feruz - allegedly 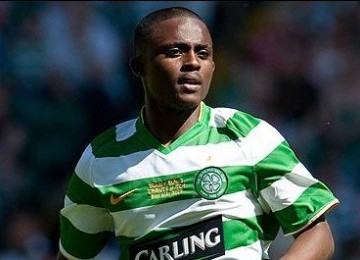 Nothing concrete - of course - but a plethora of sources are reporting that the 15-year-old Somali-born attacker will join Chelsea when he turns 16 next month. Compensation of around £300k, according to a few select talking heads, will be paid to Hoops for Feruz's services.

To be honest, I know very little about the kid. I remember reading about reported interest from Manchester City earlier in the year. I also believe United vaguely inquired. From what I understand, he's a pacy, somewhat strong striker with good technique for his age. Garnering interest from City and United at least speaks to the potential here. It would represent a real coup, I think, for us if this news is indeed true.

The following are a pair of articles on Feruz. Check them out via The Sun and the Daily Mail.

I leave you with a brief highlights package via YouTube to give you at least a small glimpse at the talent with which Feruz has been blessed. As always, we'll keep you abreast of any official movement with regard to this deal.