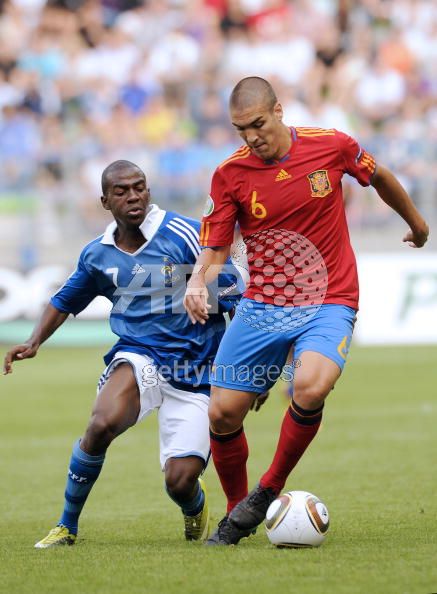 These two are about to link up.

I'm not going to spend much time on this one, as we're late to the party. You've likely already read plenty on the transfer from any number of news sources. Apologies.

I will, however, point you toward Sid Lowe's abbreviated profile of the midfielder via the Guardian. Do check it out if you haven't done so already. Chelsea fail to mention details of the deal in their official press release of the transfer. Thankfully Barcelona get us up to speed.

At £4.35 million, it's difficult to argue how this is a poor deal. The main issue, at least for some, including myself, is the inclusion of the much-discussed buy-back clause. Barca can purchase Romeu for 10 million Euros following this season or a cool 15 after the second year.

Kind of a win-win for the Catalans if you ask me. Then again, I also expect there to be some kind of option for us to override the buy-back. That information, of course, is unavailable at this time.

Overall, I guess I'm pretty well pleased with the move. This kid, from the limited amount I've seen of him and the thorough amount I've read, appears to be the goods. He should provide great cover in midfield and, who knows, perhaps he'll thrust his way into the first-team picture. Whatever happens, it will be interesting to see how he's implemented into the side once he arrives after the Under-20 World Cup. A double pivot with Mikel? I like the idea.

For the time being, be sure to check him out when you can for Spain in the U20s.