A formal bid has been made for De Bruyne: Was it from Chelsea?

Share All sharing options for: A formal bid has been made for De Bruyne: Was it from Chelsea?

We have it on good word that at least one English club has lodged a bid for Kevin De Bruyne. Who made the bid, however, is up for interpretation. 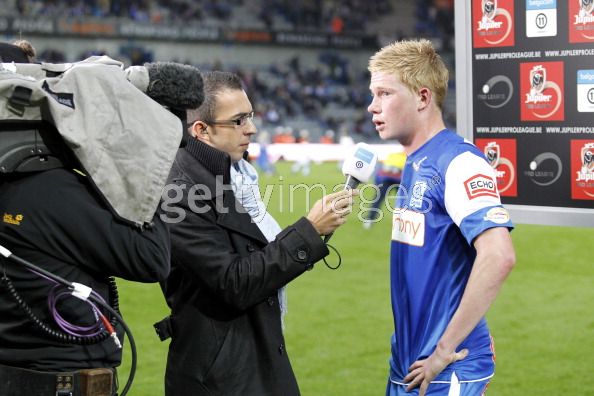 Chelsea have been linked with the 20-year-old Racing Genk midfielder since, well, the summer close season began. Concrete information on any progress related to his transfer to London, meanwhile, has been sparse at best.

Today, his agent, Patrick De Koster, revealed via TMW that an official offer had been tabled by a club within the Premier League - perhaps more than one.

"The only concrete bids are those from England. Will there be a transfer from here later this month? You know just as much as I do how the market works, everything is possible, one way or another."

Of course we have no idea which club, or clubs, have tabled a bid. What we do know is that we've been the only firm suitor mentioned in the press, with Manchester City allegedly showing feint interest as well. Add in our relationship with Genk, already well established with the completed transfer of highly rated goalkeeper Thibaut Courtois earlier this summer, and you have to feel that it's the Chels that have launched the initial volley for De Bruyne.

De Bruyne's stock has risen since earlier this summer, particularly on the strength of his performances in the qualifying stages of the Champions League. In fact, Genk just a few minutes ago advanced to the playoff round of the competition after edging Partizan Belgrade 3-2 on aggregate. Expect his stock to rise even further in the coming weeks, that is if a move isn't completed.

De Bruyne represents depth and versatility on the wings - something AVB certainly knows is required at the moment. If you viewed the highlight video package we posted a month or so ago, you know how dynamic this kid really is. I reckon anything between €8-13 million would probably represent excellent value for us.

As always, we'll keep you posted with any further developments.