An unconvincing Chelsea see off a game Norwich City side at Stamford Bridge. A needed win, but one potentially overshadowed by the condition of Didier Drogba. 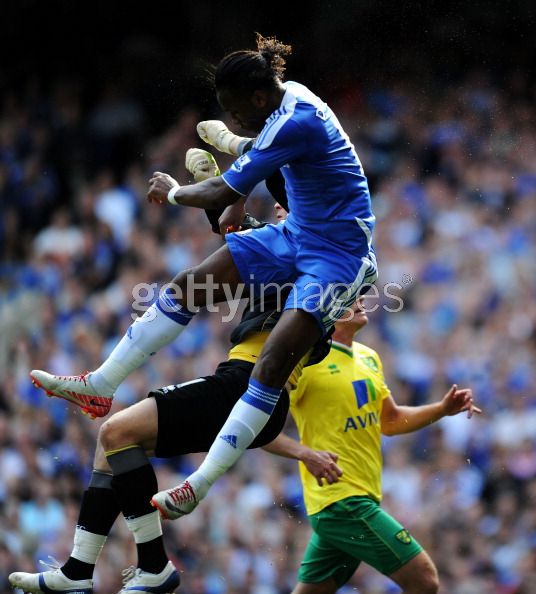 The struggle continues. Aside from an impressive start to both halves, and a late spark provided by a pair of new signings, Chelsea were pedestrian. The defense wasn't particularly robust, our midfield still lacked a creative edge and, up front, Fernando Torres and Drogba failed to capture one another's eye.

It all matters not. We've grabbed a second successive win and got a firm look into the future, with both Juan Manuel Mata and Romelu Lukaku coming into the game and grabbing it by its damn throat. Well, maybe Romelu did that. No, the bruising Belgian did just that. Mata, meanwhile, skated in and around the final third - across the pitch, really - injecting a flair not seen in some time at the Bridge. The Spaniard even added some icing to his debut, capping the scoring around the 11th minute of added time to cement his status as a true game-changer. Well done, son.

That being said, the most pressing of matters is the status of The Mighty One. Drogba collided with the Norwich City goalkeeper John Ruddy midway through the second half. He appeared to be knocked unconscious almost immediately after the collision, and fell to the ground in the most horrible way possible - flat onto his stomach. When you think Didier Drogba, this is something you never thought you would see. He was down for 10 or so minutes before being stretchered off the field. A terrible, terrible scene.

Hopefully this looked far worse than it actually was. We, of course, wish Didier a swift recovery. And, as always, we'll keep you up to date on his condition as information becomes available.

Until then, have a vote in our man of the match poll, then hang around and drop us a comment or two on the match itself. I'm sure you have something to offer on this Mata character. You must.