Chelsea welcome the Canaries to Stamford Bridge for their first Premier League fixture on Fulham Road since 2004. Overconfidence should not be problem - following a difficult yet somewhat fruitful start to the 2011-12 season - but a win is clearly expected ahead of pivotal trips to the Stadium of Light and Old Trafford. 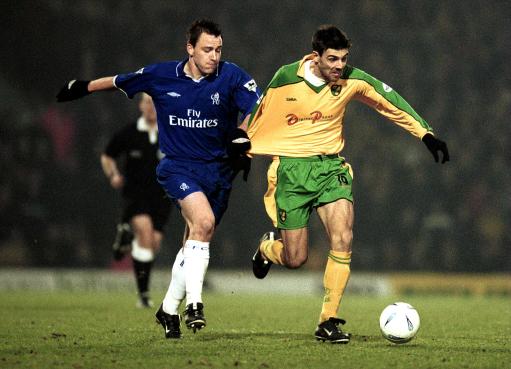 Norwich City have won four of eight league fixtures in this series. Indeed they have been competitive, one of only three clubs to have won more than they have lost against Chelsea (along with Arsenal and Oldham). Recent history, meanwhile, tells an entirely different story. An egregious one really. Three consecutive 4-0 defeats in league and cup at the Bridge. There's the Blues' 3-1 result at Carrow Road during the 04-05 season as well.

Throw in a sickly 4-0 home defeat to MK Dons on Tuesday in the League Cup - albeit with a gaggle of reserves - and, yeah, it looks rather ominous for the visitors this weekend.

Why: As stated in the opening graph, this fixture - on paper very winnable - is followed by an international break (fucking lovely) and then trips to Sunderland and Manchester United. A home Champions League tie against Bayer 04 Leverkusen is sandwiched between the two. That said, we need to establish a winning foundation now, particularly before a severe test like Old Trafford. The last thing needed at the moment is for pressure to build on Andre after a woeful result at home to Norwich.

Team sheet
Not much to report that hasn't already been reported. Bob returned to training this week after a bout with tendinitis of worrying length, but isn't quite ready for competitive play. Petr Cech, though recovering far quicker than expected, will still be out until after the international break. And Michael Essien, well, he's on the slab for the foreseeable future.

Everyone else appears to be available for selection, which is positive news. New signing Juan Manuel Mata is unlikely to start, but should find some cushioned room on the bench. What of Oriol Romeu and Romelul Lukaku then? Bench roles for both perhaps. Changes in the first team should be in the cards, too, particularly in the center of defense. I expect Alex, who was mind-blowingly shunned by wee man Shane Long for West Bromwich's opener last weekend, to give way to Branislav Ivanovic. Florent Malouda should also return to the XI, in place of Salomon Kalou, after a positive reserve appearance that included the game-winning goal against WBA.

I also wouldn't be surprised to see Didier Drogba start ahead of Fernando Torres, despite the Spaniard's solid start to the new season. No slight on Nando, of course, but Villas-Boas may be interested in injecting some life into a team that has been somewhat sluggish in the early stages of games thus far.

Norwich City, meanwhile, are in significant trouble. Defender Leon Barnett may be back after serving a one-game suspension, but fellow defenders Daniel Ayala and Elliot Ward will be unavailable because of injury. Not good, certainly not for a team that already looks pretty porous at the back. They have already conceded 38 shots this season, second only to Swansea thus far.

Compounding matters is the status of influential midfielder Wes Hoolahan, who is doubtful with a hamstring problem. Reliance on forward and captain Grant Holt, the most fouled player in the league (11), will be as great as ever.

Norwich have opened the season with a pair of draws, though that doesn't really tell the story. No disrespect, because that's an achievement, but I reckon they've been pretty damn fortunate thus far. Like I said, they've faced 38 shots in two matches. Eventually some of those are going to start finding the back of the net. Hopefully this Saturday is the day.

Sidenote: The last Canary to score at Stamford Bridge? Take a look at the man below. 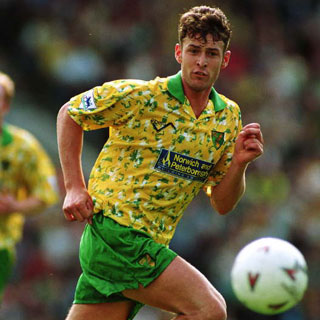 Chris Sutton netted for Norwich City at the Bridge in October 1993. He would later move to Chelsea for a then-club record fee of £10m in 1999. The English striker then proceeded to struggle, scoring just one league goal for the club - albeit in our classic dismantling of Manchester United. Poor sap. Moving on.

What to expect?
A win, obviously. Preferably one that is far more comfortable than last Saturday afternoon's nail-biter. I'd think this is as good as chance as the players, the club, will have this season to open up and entertain. A statement is needed, and this is the time for it. Mata has arrived, too, you know. A second-half debut similar to that of Kun Aguero's for Manchester City  is fantasy talk, but a promising display from the Spaniard would be a wonderful sight. Actually, improvement as a whole would be a wonderful sight. That's what I expect.

Bonus: Villas-Boas' pre-match presser as well as the club's most famous goal against Norwich - from our most famous player, of course.