EA Sports, proud (for better or worse) creators of the gargantuanly successful FIFA gaming series, have been making friends with everybody lately. Running round making club-specific deals instead of focusing on improving the product - how wonderful. But I digress. This new-found friendliness from EA continues today, with Chelsea announcing an official partnership with the conglomerate for the 2011-12 season.

I can feel your excitement. Nevertheless, this deal features a few extra features compared to EA's handshakes with the likes of Leeds and Derby County. Let's take a look at what's on tap shall we? 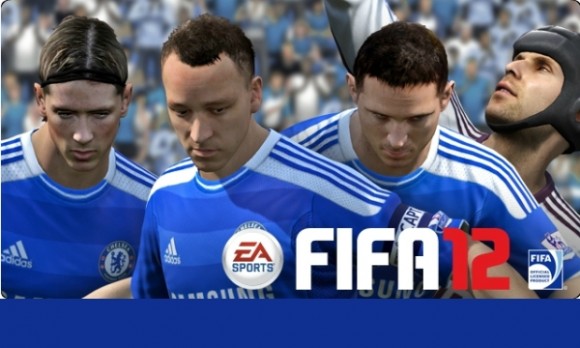 Here's a rundown of what's included in the partnership. In bullet form, of course.

Our deal is nothing like the one Manchester City agreed to earlier in the summer, which includes, amongst other things, exclusive videos, DLC and 3D head scans of the entire first team. That deal, in my opinion, was ridiculous as favoritism in a gaming platform is questionable at best. Whatever.

Chelsea becomes the sixth so-called official partner for EA Sports, following City, Fulham, Derby, Leeds and the Vancouver Whitecaps of Major League Soccer. I reckon numerous more of these deals with be announced in the lead-up to the game's release on Sept. 30.

What these handshakes do not reveal is whether or not FIFA 12 will be a glitch-ridden mess like its predecessor. I hope not, because 11 had great potential. Wait, this isn't a gaming site. If you want FIFA news and opinion, visit FIFA Soccer Blog. I'm out.