This just in: we did a deal for a highly-touted Spaniard in under four days. What's more? We didn't overpay for his services. Me likey. 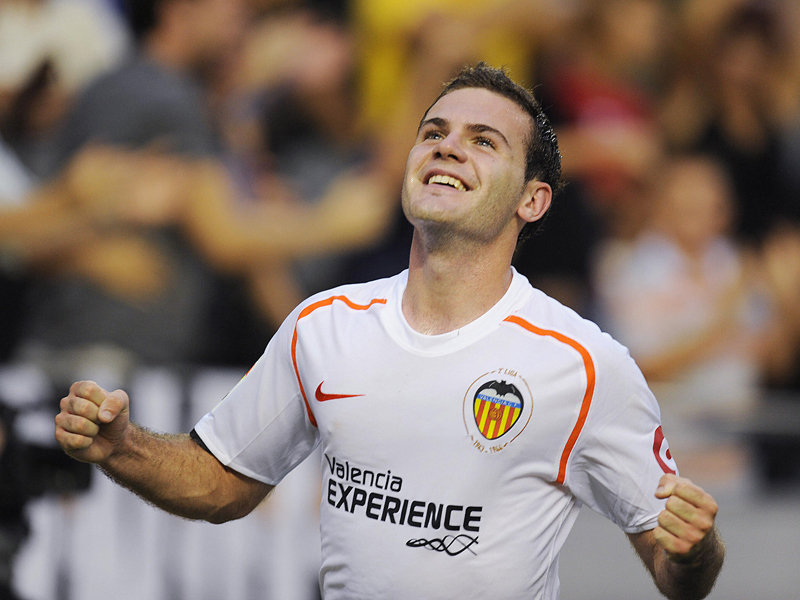 Welcome to The Bridge, Juanito.

Let me see if I can track the genesis of this one. On Wednesday of last week, news broke that we were in pole position to get Mata from the clutches of Arsenal and Tottenham. This news came as a surprise to many of us, who had heard nary a peep on the subject for weeks. In the case of our transfer dealings, they're usually a slow-burn coupled with weeks of back and forth negotiations and failed bids before we either succeed or fail in earnest. But this one? Damn, this was a blur.

Thursday last week the news breaks that we've agreed a fee with Valencia, but the official announcement won't happen till Sunday. Radio silence follows the next two days before we get the official confirmation from both clubs via their respective websites that the deal is done and dusted. Then Mata gets on Twitter to let us know he's flying to London for his medical, before heading back to Valencia to say his fond farewells. A deal is agreed and signed, and Mata inks a 5-year deal that will pay him essentially 3 million quid a season, or approximately 57,000/week. Excellent work.

Here's all you really need to know about Mata. He's great. A pacy, energetic, and creative winger from Spain, young with room to grow, and already capped at the senior level. He's a playmaker by trade, but has a cannon of a left that he can trigger from distance. He's the type of player that every club wants, but very few succeed in capturing. And somehow, out of the damn blue, we got him? This might just be one of the more miraculous deals we've done in a long time. I mean seriously, who could have predicted this one, let alone it getting completed in four days? Amazing stuff. My hats off to Roman, AVB, and Gourlay for getting this dusted and prizing one of the most talented Spaniards off the market before Arsenal or any other club could snatch him up.

You can bet that he'll be featuring almost right away for us, and you can be certain he was brought in to help bring the best out of our enigmatic Nando T. His arrival along with Oriel Romeu brings our Spanish total to 3 players after years of nothing. I like this adjustment in focus. A lot of what makes Mata so unique is his ability to cut inside (much like Flo) and take defenders on. I see a lot of David Silva in his game, which wouldn't surprise a lot of you if you recall that both were plying their trade together at Valencia for several seasons. Mata was originally a Madrid product, before departing for Valencia in 2007 to further his career. He's also fluent in English, so bonus points for that. Not to mention he was a critical player for Spain in the U-21 competition this summer.

A Chelsea statement had earlier read: 'An agreement has been reached with Valencia CF for the transfer to Chelsea of midfielder Juan Manuel Mata. The move is now subject to the player passing a medical and agreeing personal terms.' Valencia's statement was almost identical in tone and wording on Sunday. Though the fee has not yet been released, the speculation is that it is somewhere in the region of £29 million, although some are saying it's closer to £23 million. Bear in mind, that this deal does not preclude our desire to continue in our efforts to snatch Modric from THFC. In fact, it would appear that we've tabled our final offer of £30 million this morning for the Croat, surely in an effort to put this matter to rest and test the collective resolve of 'arry and Dan Levy. Here's hoping.

But enough on that. Let's all take a moment and welcome to The Bridge our latest import- and I for one will certainly be out in front saying he just might have been the most essential of our purchases this summer. Bravo, AVB. Bravo.