Share All sharing options for: Alex would 'gladly accept' long-term move to Juventus

This titan's reign may soon be over at Stamford Bridge. Alex has told Italian television he is open to a move away from Chelsea. 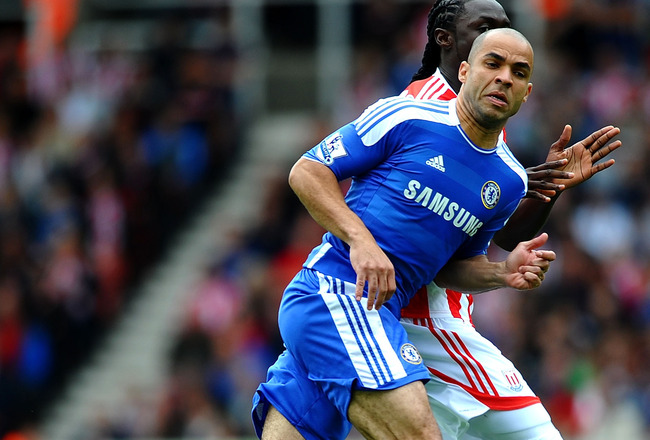 I've sort of been resigned to Alex leaving the club for some time. He has been somewhat marginalized in recent seasons despite some herculean performances, all of which have been well documented around here. Who can forget that free kick against Arsenal early last season? Mount Olympus status.

He is no doubt an excellent defender and could walk into several elite sides right now. I reckon he'd have a strong case to partner Pique at Barcelona if I'm perfectly honest. So, this latest news is of no surprise. In fact, I guess I'm kind of surprised it took this long.

Though a move away from the club has been mentioned, mostly in passing, this summer, this time it's in much more direct fashion.

The 29-year-old told has apparently told Sky Sport Italia he is very much open to playing in Serie A. A transfer to Juventus? Fine by him.

Among the choice cuts:

"Seeing as I am 29, this is the right moment to sign one last big contract and stay in Europe for at least four years. I still have a two-year contract with Chelsea and so far there hasn’t been talk of a renewal.

"This is why if a four-year deal were to be offered by Juventus, I would gladly accept. I’d love to play in Italy and hope to make this dream come true. I really love Italian football."

"Now it depends on Juve. If they came in with the right offer, I don’t think it would be difficult to reach an agreement with Chelsea. However, if they maintain the idea of a loan, then it’ll be very tough."

Wow. So what we learn is that 1. Alex would like to move to Juventus and 2. Chelsea, according to Alex, would be willing to let him go.

I reckon much of this is dependent upon Slobodan Rajkovic. If a work permit is secured for the young Serbian, then the club probably would sell. If not, I simply can't see it.

Nevertheless, it's interesting to see Alex come out publicly like this. Selling represents quite the risk, particularly with our injury history at the position, but I'd like to see Alex receive a chance to start regularly. As always, we'll keep you posted on how this one plays out.