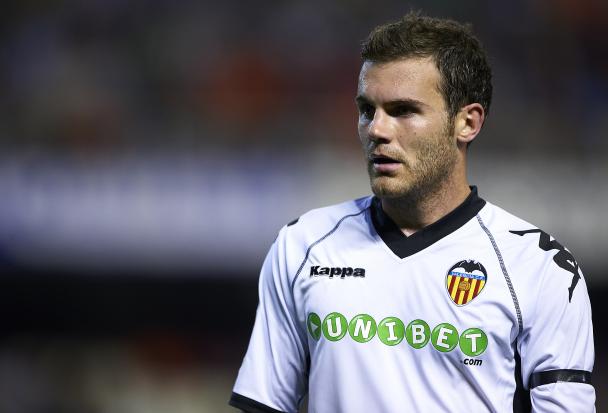 The Telegraph, last night, had to feel pretty confident to run a story that basically said Chelsea were on the cusp of locking up a deal for Valencia and Spain winger Juan Manuel Mata. The Twitter agreed, starting a frenzy earlier today on the same subject.

Now we have Marca reporting that Valencia have accepted a bid from Chelsea, and AS reporting that we're on the verge of completing a move for the 23-year-old. Sounds promising.

Marca say the fee will be 28 million sterling, and that Mata's signing of a five-year deal is "imminent." AS reckon its 30 million euros. Mas or menos.  Either way, it looks like we might have a new, shiny winger by the next week.

Thoughts? Mata, though maybe not what many expected, represents a very good option out wide. He's versatile and addresses a definite need within the squad. Plus, his signing doesn't hinder a potential move for Eden Hazard, who is a natural fit wide right, or Luka Modric. Good business - that is if it's true.