The marvelous news is that John Obi Mikel's father, Michael, is indeed alive after several days missing in his native Nigeria. The bad news: He has in fact been abducted, with a ransom set by kidnappers on Wednesday. 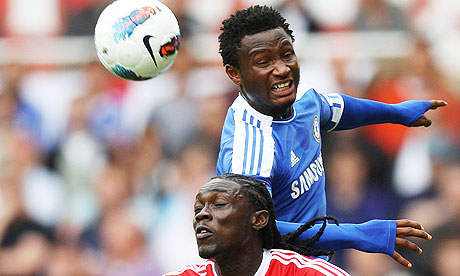 Michael's abduction was confirmed Tuesday when a pair of calls were made from the kidnappers to the Mikel family. The first confirmed that Mikel's father was alive - his sons were apparently able to hear his voice - and that he had been moved out of their hometown city of Jos to Lagos. The second, hours later, revealed the location of the father's automobile, which was later recovered by police.

Contact was made again today in which the abductors made a ransom demand of 20m naira (£78,509) for Michael's release, Nigerian police said. Pay it.

Babawo Muhamed, a friend Mikel, spoke to BBC Sport before the specific ransom demand was made.

"Yes, they found his car and spoke with them which is a positive step forward. Hopefully, they will be in touch again. Mikel has been greatly affected by this. But he is holding on."

Now that we have more information, hopefully this tragic situation can be resolved in rapid fashion. As always, we'll keep you posted as more info becomes available. Again, our thoughts are with Mikel and his family at this difficult time.