Chelsea begin the Andre Villas-Boas era with a goalless draw on a not cold non-night at the Britannia Stadium. Well-earned, but there could have been much more. Still, I, for one, am not going to complain. 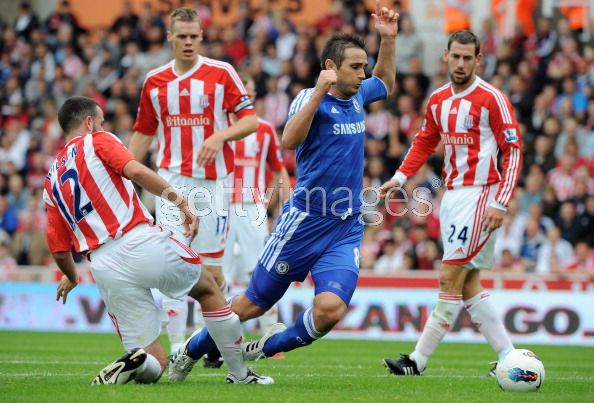 You be the judge

So we start the season with a point. A point you say? Unacceptable. Cue the doom and gloom.

Right nonsense if you ask me. This was a performance that, in a sense, was acceptable. Sure, a win is the requirement at Chelsea, but there are positives to be taken from this - namely the display of a certain Spaniard who, by my estimation, was the best player on the pitch by a fair margin. Alex and Ramires were excellent as well. Jose Bosingwa enjoyed a good shift. Yes, that Bosingwa. The defense was solid in a tough atmosphere against a team that's as physically imposing as any in England. Then there's the overall demeanor of the side, which was impressive. There was a certain calm and reservedness about us which I liked.

Of course, we must evoke caution. There are negatives here, too. A general lack of an edge in the final third may be the most glaring, and worrying, aspect of our first competitive match under Villas-Boas. Same old, as they say. It's clear upgrades in both the wing and creative midfield positions are still required. Frank Lampard disappointed - once again. Salomon Kalou and Florent Malouda dueled heartily for the right to be referred to in this post as fucking awful.

But, and I must stress this, we walked away from a rather difficult fixture with a point. This achieved with our players and coach still working toward a true understanding of one another. It may not be the greatest result, but it's a result, I think, with which we can live.

Have your say in the season's inaugural man of the match poll below. Then, you know, hang around and give us your thoughts on the match as a whole in the comments section. We're looking forward to hearing from you. KTBFFH