A new season is upon us. It may not be this weekend - thanks to a large number of disillusioned idiots - but it will arrive soon nevertheless. This fact brings with it a number of questions, among them: Who will Andre Villas-Boas field at the Britannia in our opener? 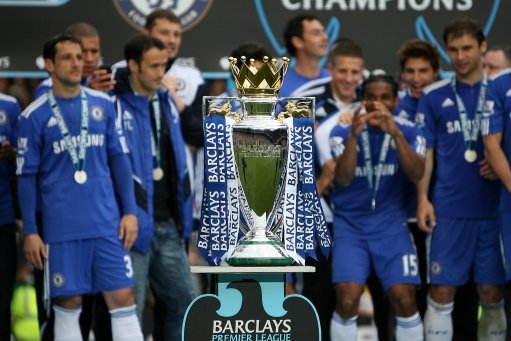 As Petr Cech admitted earlier this week, there are a plethora of options at the manager's disposal.

We know that our charismatic Portugese favors the 4-3-3, a favorite of the club since, well, that other, lesser known Portugese took over the club in June 2004. We also know that he'll have pretty much a full squad to choose from for his competitive debut in England, David Luiz looking the only real doubt with tendinitis in his left knee.

So, who makes Villas-Boas' first starting XI? You tell me.

Here's how I think he'll line us up for the opener. I must say, this was rather difficult.

I opted for Bosingwa on the right of the defense mainly because AVB has been tentative to field Bane there in the preseason, and Bos was serviceable (somewhat) on a handful of occasions in Asia. Of course, a biased analysis of the situation would have Bosingwa on a plane out of the country in a few short minutes. But maybe that's just me.

Daniel Sturridge would have likely been the option on the right side of the front three, but a three-match ban has scuttled that potential idea. Fernando Torres showed some industry and guile when deployed on the right at Ibrox, but I somehow doubt AVB will be that forward thinking so early in the season. Thus, I reckon Nic will be the guy. Meh.

Anyway. Let us know what XI you think AVB will field against Stoke, whenever the match may be played.