Share All sharing options for: Pastore Watch: PSG or CFC?

It seems the bidding war has come down to its final hours, with both CFC and PSG in frame to secure the young Argentine's signature. More after the jump: 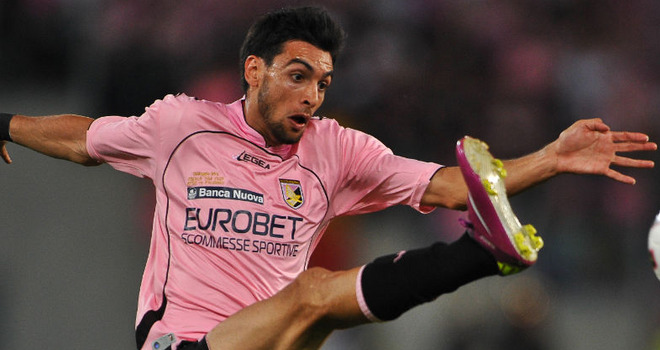 Welp, color me surprised. This isn't exactly coming out of left-field mind you, but it does somewhat surprise me that we're actually in line to sign a legitimate budding superstar, and an Argentine at that. Reports emerging in the last few hours have indicated that Palermo are closing in on finalizing the transfer of Young Javy within the next "few hours", with both Chelsea and Paris Saint-Germain lined up as the suitors in question. Though the parties involved are playing coy regarding their genuine interest, we can safely say it's down to these two clubs.

To quote the source article: "The club's president Maurizio Zamparini has confirmed negotiations are at an advanced stage and he believes a deal is imminent. Zamparini is refusing to say which club is in pole position to land Pastore, stating only that talks are close to being concluded."

A fee in the region of €40million (£35.1m) is being touted as the final price. Essentially, what we would have paid for Modric if we were to follow through on our interest and THFC relented in their refusal to sell. If, and this is a big if, because we always seem to catch the short end of the proverbial stick in these dealings, but if we are in fact successful in our pursuit, it represents a massive success for the club. Landing a player of Pastore's caliber would signify our newfound intent under AVB to steer younger and would hopefully open the minds of many other young players to the possibility of playing at the club rather than defaulting to the disgusting trinity of Madrid-Barca-Milan.

As always, hit the comments for your thoughts. I have a feeling news on this one will be trickling out in the next 24 hours so stay tuned here for any late breaking developments in the comments section. KTBFFH.