Share All sharing options for: Two Signings in Ten Days?

If you take the press at their dubious word, then Ron Gourlay claims we're to add two additional pieces to the mix in the next fortnight. Some are suggesting these signings are Courtois and Romeu- while others are speculating there are in fact two other players on the horizon. Personally, I'm thinking this is more likely the former rather than the latter. Still, let's dive in and figure this out. More after the jump. 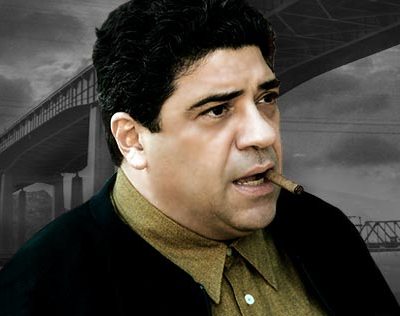 Vincent Pastore. Father of Javier. Uncle of the People.

Let's be real. We've had a pretty tepid go of things thus far this summer. While everyone and their mother has been throwing cash out for players (some worthy some not), we've had our hands in our pockets for much of the proceedings. It's come to pass that we've officially inked Mr. Thibs, while our remaining deals have not been formally announced by the club.

The optimist in me wants to believe that we're about to close on the signature of Javier Pastore, or Romelu Lukaku, or Luka Modric. But the realist in me knows better. As much as Ron Gourlay wants to stoke the fires and offer up tantalizing cliff-hangers to the press suggesting we're about to make a splash, I can't help but feel this is more of a posturing exercise on his part. There have been two successive, albeit failed bids, for Modric. There has been an offer for Lukaku that has not been confirmed by the club or rejected by Anderlect. There's been increasing chatter on the Pastore front, but the latest indications are that the player is PSG bound in a 40 million Euro's deal. (Side note, if El Kun is worth 35 million quid to MCFC, then how can Pastore be valued at this amount? I don't get this world).

The economies of scale in this market are inherently flawed. It makes sense, therefore, that we've been coy in our dealings to date. In many respects, though, we've been a touch too quiet. Even for Roman's flamboyant standards, this has been a rather listless closed season. Dare I say it, we've been rather fiscally responsible thus far? No massive transfers, no big-name aging stars, no lavish personal terms negotiated. This has been somewhat of a remarkable window in my eyes. We've been restrained, and we've been steadfast in our silence. That the club took almost a week to formally announce the signing of Courtois speaks volumes of our new approach in this case. I'm not chalking the change in tone up to AVB's arrival, Gourlay's increasing comfort in front of the press, or an edict handed down by Roman. I can't speculate as to the root cause, but I can say I like the evolution.

Back to the point. Two signings in ten days? Likely it's the one we already have announced, Courtois. The other, will theoretically be Romeu. If I'm wrong, then great. I'll be happy to say that I was mistaken and we've actually secured the signature of one of the many blue chip prospects that we've either bid for or has been touted as the next best thing. If I'm right, however, then lets not hang our heads for a split second. As we mentioned in previous posts, these two deals are remarkable for their value as they are in their subtlety. Who honestly thought that at the beginning of the summer it would be Chelsea that would be bringing up the rear, recruiting young prospects and dipping the smallest of toes into the market? Not I, that's for certain.

But we want your opinion. You think it's Romeu and Courtois? Or you think it's a mixture of two additional players. Either way, hit the comments and let us know where you stand. The healthier the debate the better, my friends.