It is difficult to draw conclusions from a preseason friendly, sure. That's not to suggest certain impressions cannot be made, however. So, with that being said, let's take a brief look inside today's exhibition in Bangkok. 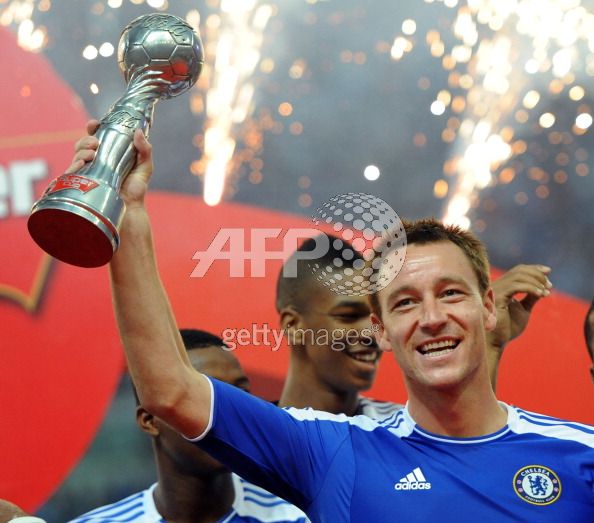 Following our first two preseason friendlies of 2011-12, in which we were overtly lackluster but still managed to win, Chelsea awaken somewhat in a 4-0 defeat of a pretty strong group of all-stars from the Thailand Premier League. Frank Lampard opened the scoring after 38 minutes with a trademark drive from just outside the penalty box. Jose Bosingwa, via an absurdly poor cross and even worse goalkeeping, and Branislav Ivanovic followed with goals before Florent Malouda capped the scoring on 71 minutes.

That's nine points out of nine for Andre Villas-Boas. The Midas touch, son.

A much sharper, more direct start was refreshing - at least for someone like me who hauled himself out of bed at 6am to watch the match. Chances arrived as well, though profligacy in and around the goal continues to haunt this side since the arrival of Fernando Torres, who, by the way, labored once again. Much of our incisive work in attack was driven by the left side, where Daniel Sturridge, Josh McEachran and Patrick van Aanholt linked very well over the opening 45 minutes. Promising.

The second half was far more lethal, as the trio of goals can attest. It would seem to correlate with the waning temperatures, which would make sense. Highlighting the evening was the exchange between McEachran and Bane for our third. So cool. Bane's finish was exquisite, too. There is, however, still plenty to improve upon, of course. Our approach play remains flawed, and the lack of that creative touch is still glaring. A Javier Pastore could be the answer - just saying. Still, it's a good, not great, step forward. AVB will be encouraged but cautioned.

In brief
• Josh McEachran was the standout performer for me. It's clear that he's far more comfortable - and far more effective - when he's accompanied by a holding midfielder, not deployed as one.  His general play (touch, passing, feel) was mostly excellent. Josh may not yet be ready to provide us with 30-plus appearances, but he can surely be a formidable option on the left. I think we're all looking forward to witnessing his evolution this season.
• Mikel. Good overall game in his usual, understated style. Of note was his threat on corners during the first half. He was nearly on the end of two early Lampard deliveries. As you may remember, John has been nowhere near the box on corners in recent seasons. This is new. AVB has obviously seen something there. Interesting.
• High line. Our back four was stationed pretty high throughout. Could prove a problem against our usual opposition, particularly those with pace - which, if you didn't know, is fairly common in Europe. Then again, the unit is still adapting to the new style so I may be jumping to conclusions.
• Hilario. Nothing hilarious about the man today. Three world-class saves in the second half. It turns out, in a dramatic turn, the 35-year-old is not ready to pack it in just yet. Applause for the old man.
• Commentary. I do not know from whence this duo came, but they were simply as good as it gets. And by good I mean egregiously entertaining. Petr Cech hailed from Czechoslovakia. Chalobah was Chalupa, then Chulobo. Yuri Zhirkov was Jeri Jerkoff - no joke. It was amazing. The two would also, to likely give the commentary a homey feel, engage in friendly exchanges every once in a while. Talk about uncomfortable. Either way, these guys need to be hired. Petition to get them back, particularly for the Champions League group stages. 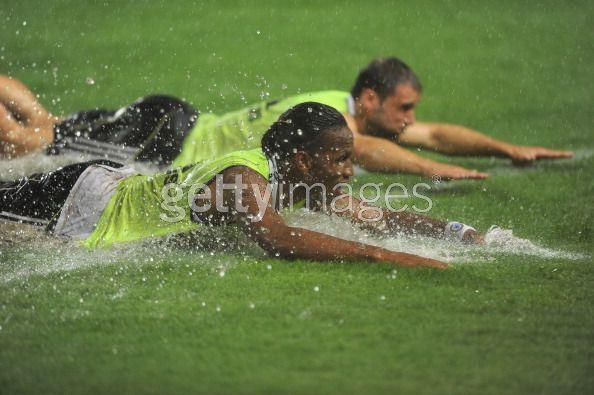 The preseason tour continues next week in Hong Kong, where Chelsea will compete in the Barclays Asia Trophy. Our first opponent in the four-team knockout tournament will be host Kitchee SC on July 27 at 1:30pm GMT. A victory would see us meet either Blackburn or Aston Villa in the tournament finale on July 30.