Who do you fancy? Pastore, Modric, Nasri etc. etc.

Share All sharing options for: Who do you fancy? Pastore, Modric, Nasri etc. etc.

Not exactly a heap of new news regarding the Chels over the past couple of days. Thus the lack of cutting-edge, thought-provoking material on this blog. That, or the three of us have been consumed by our full-time jobs. 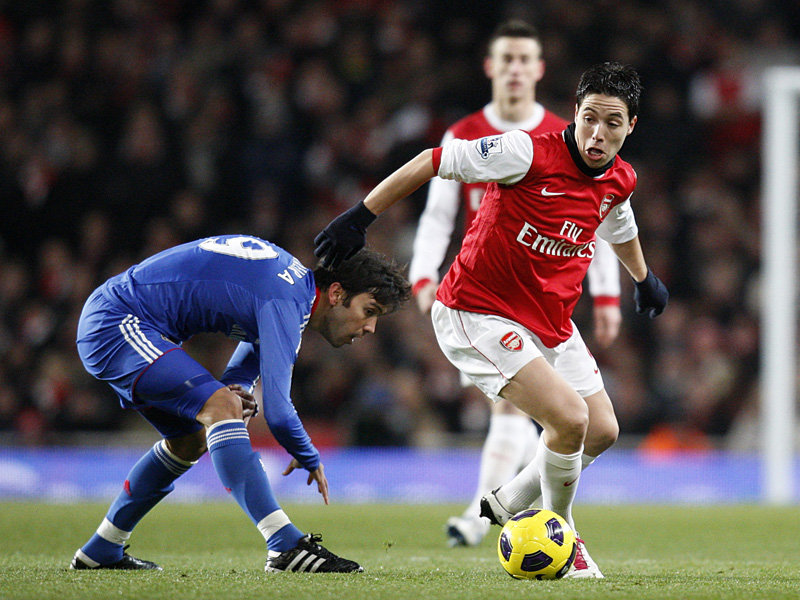 Nevertheless, more transfer gossip continues to surface - from Lucio to Lucho and back home to Cahill and Dann. It's insane. A small kernel of personal interest popped up today, however, one linking us with a late run at the supposedly disgruntled Arsenal creator Samir Nasri.

We are in desperate need of a creative midfielder no doubt. We've been linked with a gaggle of them thus far this summer. So, I've come to you in order to solve this conundrum. Who do you fancy?

Is it the coach's padawan, the versatile João Moutinho? There's also Javier Pastore, the €50 million rated maestro who, though extremely talented, cannot even break into a rather dull Argentinian midfield and is worth a fraction of that sum. Luka Modric - though news on this development has been sparse - is still amongst our targets and is a stunning talent. Yes, my mancrush lives.

Lucho Gonzalez is apparently on Villas-Boas' radar as well. Why, I have no idea. Thiago Alcantara, the young Barcelona product, was once linked with us but now, after recently agreeing to a new contract at the Nou Camp, would appear a longshot. Shame because he is an enormous talent.

Then there is Nasri. Sky said he was on the cusp of a move to Manchester City yesterday for around £20m. They were, shockingly, wrong. That other Manchester club have been linked with the Frenchman since the beginning of the summer, and now our name is being thrown into the mix by a number of media outlets. It must be said that Nasri represents an excellent option who, though somewhat inconsistent, would, much like Modric, bring a real zeal to our attack. You would think, however, that United would be front-runners to land him if he were indeed to move. Regardless, we should at least gauge his interest in a potential move to Stamford Bridge. He could remain in London after all.

So, there's a brief look at some of the candidates. Upgrading our wing play is obviously a must this summer, but creative midfield remains a top priority. There are a number of options, as you can see, and we have money to burn. Who do you prefer then? Let us know.