Share All sharing options for: Awww, how cute? Sky Sports says its sorry

"At skysports.com we have a reputation for the honesty and integrity of our reporting." 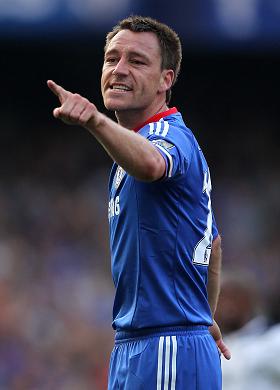 That was the headline via Sky this morning after it had pried a quote or two on Luka Modric from England's Brave John Terry while he was on the move in Asia. He didn't say much to be honest. Actually, he was quite diplomatic about the speculation regarding the Croatian midfielder.

So, what we learn is that EBJT thinks Modric is a fine player, but it would be disrespectful to Spurs for him to say much more at the moment. Nothing wrong with that I reckon. Sky, meanwhile, felt otherwise. Doing what the English press do best, they managed to manipulate the whole thing into Terry referring to Modric as disrespectful for vehemently pursuing a move to Chelsea. Well done.

Fortunately there was such a backlash to Sky's original story that the conglomerate was forced to issue an apology a few hours ago.

"At skysports.com we have a reputation for the honesty and integrity of our reporting. Unfortunately we fell short of those standards with our coverage of John Terry's interview with Sky Sports News on July 19 during which the Chelsea captain was asked to comment on Luka Modric.

We would like to clarify that John Terry did not refer to Luka Modric as being disrespectful to Tottenham Hotspur during the interview. On realising our error we immediately removed the original article and published a corrected version which you can read here

We would like to apologise to John Terry and Chelsea for any inconvenience caused."

Alright then. Hey, at least Sky honed up, right? That's more than we can say about some media outlets, and the rubbish they spout on the regular, now isn't it? To be honest, though, I doubt the casual reader will even notice the retraction. Alas, what can you do.