Scott Parker? This is getting out of hand

Share All sharing options for: Scott Parker? This is getting out of hand 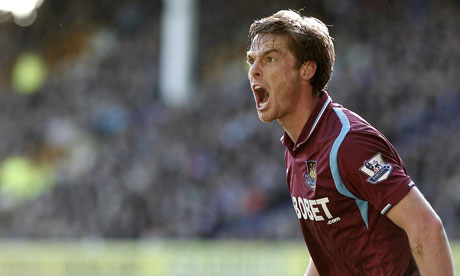 You simply cannot beat the transfer window for laughs.

Michael Essien's apparent season-ending knee injury - I say apparent because we know nothing for certain yet - has sent the tabloids into a frenzy. It's to be expected, really. We've been linked with every midfielder in the known world, including Scott fucking Parker.

I say fucking because I can't stand this man. Football Writers' Player of the Year? Rubbish. Plus, you know, Scotty always seems to go out looking for a fight against us. As if our players had something to do with his egregious year and a half at the club. Drop the shameless vendetta guy.

Anyway. Sunday's People says not only are we looking at Parker now, we considered him earlier in the summer, even before the injury to Essien. Sure.

Sky Bet has also seen odds halved on a Parker move to Chelsea. Whatever.

You know what, I hear Jiri Jarosik is looking for a part-time gig. Why not target him? Or Alexey Smertin. Better yet, Maniche. MAAAANICHE.

Laughable. Petition to keep Scott Parker away from Stamford Bridge. Who's with me?

Sidenote: If Parker does indeed join Chelsea, feel free to blame me. I reacted this same way the first time we were linked with Yossi.