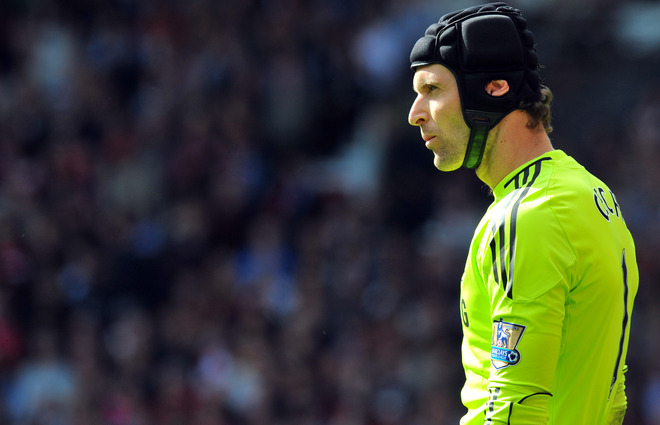 The helmeted one, to absolutely no one's surprise, has been named the Chelsea Offside readers' player of the season. By a country mile.

Not really a surprise this one. Unlike last season, when we had two players (Drogba, Frank Lampard) receive more than 30 percent of the vote, this year was a runaway. Cech, the club's official player of the year, received almost half the vote. Bane garnered a respectable 15 percent, but this was always going to be about our inspired goalkeeper.

Cech was simply outstanding for the entire season. I can't remember a time when he truly let us down, not one. Shaky maybe once, twice, but truly sensational for a majority of the term. How many times did he bail us out? I hate to think where we might have finished in the league had the Czech not been between the sticks. I hate to think what the scoreline may have been in the Champions League quarterfinal second leg at Old Trafford had he been absent.

Cech recorded 15 league clean sheets, second only to Joe Hart. He made 151 saves in 50 club appearances. To put that in perspective, he made only 99 stops in our Double winning season of 2009-10. Yeah, he was busy - and he was excellent.

Congratulations to Petr. This was fully deserved. Enjoy the following moving pictures from his superlative season. Fantastic.