Share All sharing options for: Chelsea apparently giving away prospects to HSV

Frank Arnesen fancies him some Chelsea players, as evidenced by the latest triumvirate to join our former sporting director at his new club, HSV Hamburg.

Troubling? A bit, yes. The fees being paid, though? Pissing me right off. 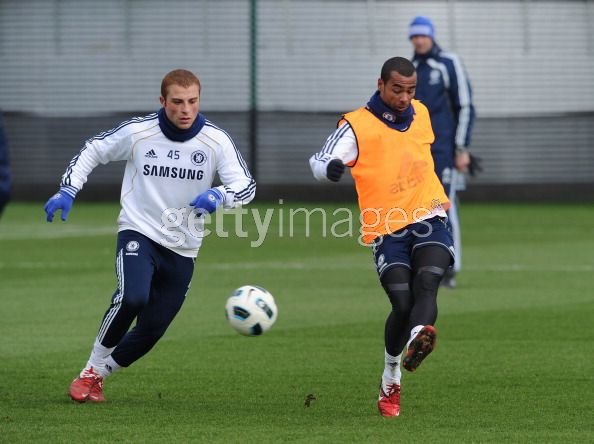 Hamburg agreed deals for Michael Mancienne and Jacopo Sala last week. Today they added a third to the mix with the signing of promising 19-year-old German midfielder Gokhan Tore.

Mancienne appeared on his way out of the club regardless. Though he has shown flashes of being potentially a solid Premier League footballer, his time on loan at Wolverhampton did little to instill confidence in me that he had the ability to hold down even a substitute place at Chelsea. And at 23, he isn't exactly on the trajectory to be a world beater even though defenders are known to peak late. His selling I can understand.

I also don't really have a problem with the Sala deal. Though he is still young, at 20 years, Sala never caught me as a player who would break into this team in its current structure. Good player, but good players really don't cut it at Roman's Chelsea.

Tore is a different story. The kid tore it up for the reserves to close the season, and looked to have a decent shout to see some sporadic time in the first team next term. Now we'll never know. Perhaps he was interested in a move back to the home country? That's fine and all, but we could have at least attempted to pry a little more money from Hamburg for his services.

The same can be said for all three of these young players. Chelsea received shit - yes, shit - for these guys.

Sala moved for a reported €100,000. Are you kidding me? We had to have paid more for him than that. And then you factor in all the money the club's spent on him - salary, training, etc. - and we must've taken a hit on an embarrassing scale on this sale. Ridiculous. Mancienne's fee is said to be around £1.75 million. Garbage. Didn't Wolves offer something like 4m last season for him? I'm baffled. Tore, meanwhile, was sold for about £1m, though I reckon it was a bit less than that.

Twitter account @dan_bu, a go-to source on all things Hamburg, said earlier today that the Germans paid a combined €2.5 million for the three players. I'm sorry, but that's fucking insane. Insane, but not surprising considering the mindless drones in charge of this club. Roman, what the hell? Fire the fuck out of these guys and get some knowledgeable, football-savvy businessmen in to replace them. Now.

I have a feeling we'll be waiting a while for this to happen, though. In the meantime, we'll just watch a couple more prospects waltz their way out of the club for peanuts. Fun.