Lukaku on the cusp of signing up?

Share All sharing options for: Lukaku on the cusp of signing up?

The boy's dream is to play for Chelsea. I reckon Roman is close to making that dream a reality. 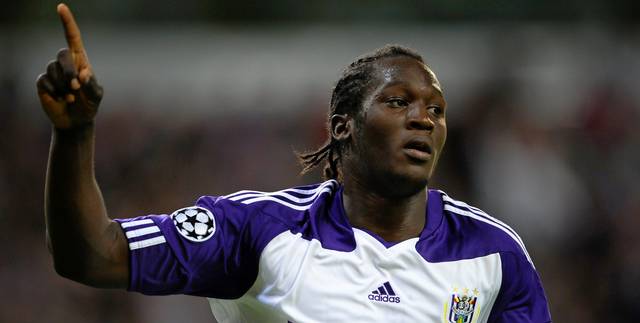 Installing a manager remains at the forefront of summer business. That has done little to deter the rumor mill from churning, however, with an ungodly amount of talent - some elite, some not - being linked with a move to Stamford Bridge already this offseason.

Romelu Lukaku has been amongst the names, not just this summer but for several years now. The kid has taken tours of the facility, been photographed in Chelsea garb and, now, openly admitted his desire to play for the club.

The always reliable Daily Mail got hold of news from a Belgium paper that the 18-year-old, when filling out a questionnaire at a sponsorship event, wrote "To be a Chelsea player" next to the question "What is your dream?" To further cement his love of the club, when a child approached for an autograph wearing a Chelsea kit, Lukaku responded "I like your shirt."

This arrives right on the heels of news that Lukaku was on the verge of joining the club. Several Twitter sources - some reliable, some not - have been spreading the idea, with a sum around €21 million plus add-ons being quoted. Fairly hefty if you ask me, but, hey, it's not my money.

His arrival would almost certainly signal the end of one, perhaps two, of our veteran forwards. I would think most of us would prefer to see Nicolas Anelka moving on rather than Didier Drogba. Still, when looking at the idea objectively, this isn't exactly a necessary signing is it? I hope that if Lukaku does indeed join, his transfer is the first of several key signings. Right wing anyone?

Devin is wrapping a post dealing with potential exits so I'll cut off my thoughts there until then. Anyway, watch this space for potential confirmation on a deal for the Belgian wunderkind in the coming days or weeks.