Is Roberto on the verge of a return to Stamford Bridge?

Share All sharing options for: Is Roberto on the verge of a return to Stamford Bridge?

Roberto Di Matteo poised to become assistant to Andre Villas-Boas? This does not make me unhappy, not one bit. 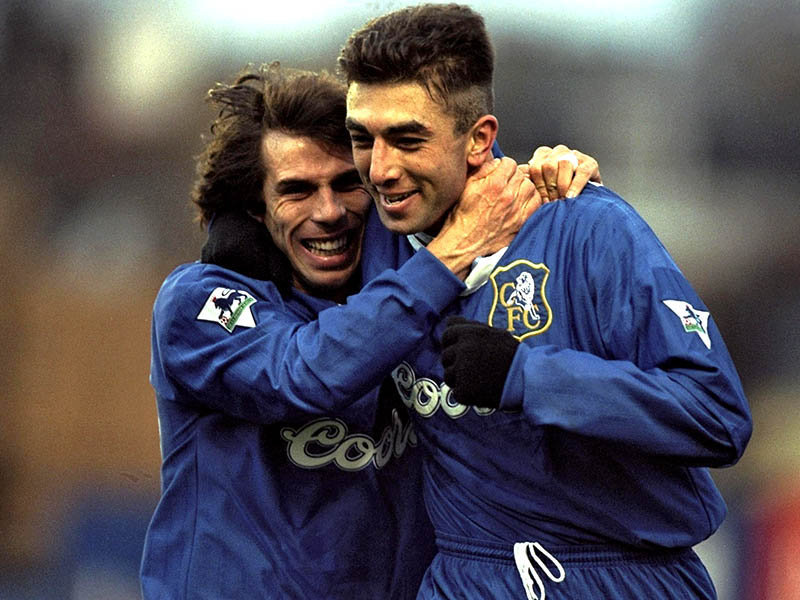 Hell, just bring them both on

Several outlets are reporting that the Chelsea legend and former West Bromwich Albion manager will be installed today when Villas-Boas, as well as his backroom staff, is officially unveiled by the club.

Various names have been tossed about as potential Nos. 2, Di Matteo included. I, for one, never thought he was a serious contender, though, mainly because it would represent somewhat of a step down for a guy who had WBA playing fairly well early last season and was marginally unlucky to lose his job when he did. Nevertheless, if he's interested in returning to Chelsea then I'm all for it.

This would most certainly represent a very popular appointment among players and supporters. His ties to the club are great, and he would provide a superb link between management and the players - something we haven't had since the abrupt sacking of Ray Wilkins. All in all, this looks like a very solid move if it is indeed true.

Another thing. How about the movement being made by Villas-Boas? It seems as if he really is being handed some significant power in the club infrastructure. Paul Clement moving on was eye-catching for sure, then there's the cancellation of the Vitesse friendly. Very promising developments overall in terms of faith in a manager.