Roundtable: The CO offers its initial thoughts on Villas-Boas

Share All sharing options for: Roundtable: The CO offers its initial thoughts on Villas-Boas

A whirlwind couple of days ends with the appointment of one of the most beautiful men on the planet. High praise coming from a hetero male.

The Chelsea Offside found time amid its myriad of public service and motivational speaking commitments to offer some initial thoughts on this new era at Chelsea Football Club. Soak it all in after the jump. 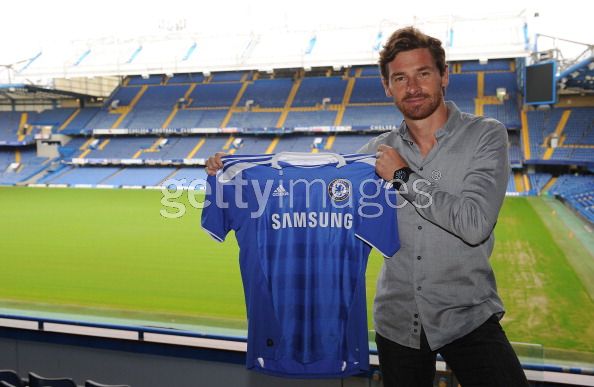 All three of us - Jamie, Devin, myself - have chimed in on Villas-Boas below. The overwhelming feel is highly positive. Devin is, justifiably, over the moon. Jamie and myself, meanwhile, have some reservations, but are very much behind the hiring of such an intelligent, well spoken, capable individual.

We're entering a very exciting time at the club - this we all believe. Scroll on to read each of our thoughts on what may prove to be the most pivotal move of the Roman age. We encourage you all to offer your own thoughts on Villas-Boas in the comments section following the post. Here's to hoping for something not special, but exceptional, in the coming seasons.

Jamie
I'm hoping that appointing such a young manager signals that maybe Roman is willing to give Villas-Boas a shot at adapting and developing his own team and style over a long period of time even if it means we don't win trophies occasionally. We'll just have to see. In all honesty, I don't know that much about Villas-Boas - I didn't watch Porto last season and there's not all that much to go on from his time at Chelsea. From what I've heard, he likes to play attacking football in a 4-3-3 - Porto scored tons of goals last year - but their defense was rather shoddy. Of course, they didn't have the likes of Petr Cech, John Terry, Ashley Cole, Alex, Branislav Ivanovic and David Luiz holding down the fort in the back four.

So, not knowing much of his style and tactics, I can't make a completely informed judgement of AVB, but I am excited about the appointment. I like him from the interview snippet we've seen, talking about the group dynamic and how he wants to keep winning. I'm already looking forward to preseason and getting an idea of what team he wants to use and what his ideas are.

So bring on the Ginger Stallion.

Devin
Without out even the slightest bit of sarcasm, I'd say I'm genuinely delighted by Villas-Boas' appointment. The news, coming together so rapidly in the space of 48 hours, is a welcomed breath of fresh air that, in my estimation, signals once again Roman's everlasting commitment to winning. Sure, he's Jose's protege, and yeah, he's taken some similar steps in his already bright career - but lets stop the comparisons right there. AVB is, by all accounts, the anti-Special One. He's quieter, more reserved, and often refers to the team concept rather than an emphasis on individuals. Plus, I've yet to hear him refer to himself in the third person. So yeah, there's that.

But all jokes aside, it's a massive capture by the club. He'll bring an attacking philosophy that is blended with a stylistic sensibility that Roman has been craving since he bought the club. On top of that he's young, energetic, full of bright ideas, and a tactical whiz. The dude got his start by offering free advice to Sir Bobby Robson. Clearly, he knows a thing or two. And let's not even attempt to knock his record - as short as it might be. There's no denying that AVB was a major influence on Porto's success last term, and it was a tremendous season at the Dragao for the entire lot. Rather than skew towards the steady hand and calm influence of one Guus Hiddink, Roman and company went the opposite direction in appointing the most expensive and youngest manager in Premier League history.

A couple concerns: Will he be given the time necessary to build a foundation for the future? My initial guess is no - much like his predecessors, he'll be under the spotlight right away to produce results and more importantly, trophies. Is he planning to swoop for some of his favorite Porto players? Absolutely. Just look at what every manager we've ever had has done the summer they've arrived. Can he earn the trust and faith of the players, including some of the senior citizens that are actually older than him? Undoubtedly, yes. This will have to come from the captain, and I think we can all agree EBALJT is going to set the standard for behavior in the coming weeks.

All told, it's delightful to have a manager at long last. It's even sweeter that we've found a young superstar that could eventually become one of the all-time greats. But let's not get carried away- he needs time to implement and demonstrate his abilities. He may never become Pep Guardiola, but he sure as shit reminds me of him at times. So lets welcome the Poor Man's Pep to the club, and embrace him much the same way we did with Jose and Carlo. Also, bonus points for having a manager that is fluent in English. When's the last time that happened? Don't answer that, friends. 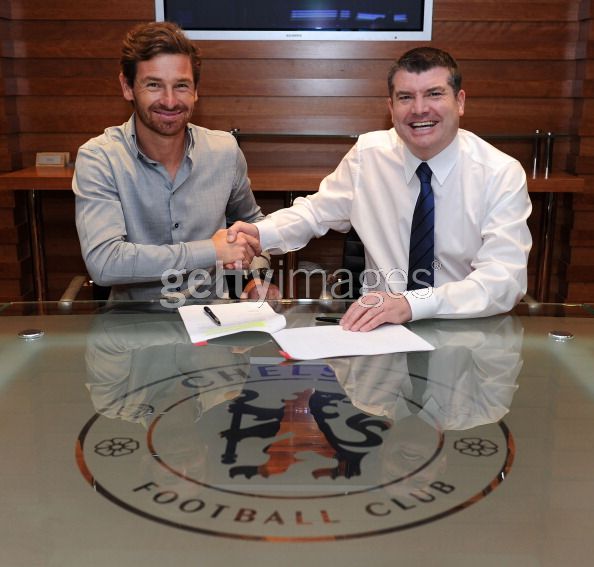 Beauty - and the beast

Jack
Did not see that one coming.

Here I was prepping for the inevitable appointment of Guus Hiddink this week, and instead we get The Shit One. Shit. Not that this man is shit, mind you. This man, this icon of style and sophistication, may well become our Sir Alex Ferguson. Of course I don't want to overhype, or even jinx, Andre, but this appointment feels substantial in so many ways.

It really feels like a new day, a changing of the (old) guard if you will. A dynamic change in approach with a view to the future - to stability in particular. Has Roman finally found the man he believes can nurture this club for years and years? Has he found the man that can transition this club from its current, aging self to a rejuvenated, mainstay amongst Europe's elite? I think we all truly hope so.

And, you know, I think he is built to deal with such a daunting task. Villas-Boas has a very specific aura about him. You feel good when you listen to him talk. You feel comfortable with him in control. I came across a rumor today (likely garbage) that said AVB was not keen on signing either Romelu Lukaku or Luka Modric. You all know how I feel about Modric, yet there I was, talking to myself in public: "Alright, Andre. I'm with you. No Luka." That's crazy, and speaks to just how accomplished this guy already is. Hard to fathom how far he could go if he continues his current trajectory.

Then you watch and listen to his ChelseaTV interview.  And you're like "My word, this man is a fucking orator." At least that's what I said. He simply ticks all the right boxes. Andre's insistence on the we rather than the me is a breath of fresh air, and is exactly the kind of environment required at the club. A group dynamic - what a wonderful phrase. What struck me more than anything, though, I think, was his comment about reflecting on what we've accomplished over the previous six years, then focusing on achieving more over the next six. That's a bold, and encouraging, statement of intent. It says I'm going to be here not for one, two or three years, but a substantial amount of time. I have a plan, and we're going to do everything in our power to bring that plan to fruition. With it comes success, to the club as a whole - players, staff, hierarchy and support. Just fantastic.

There are questions, though. Among them: Will Roman give him time? It's a valid query. We must assume he will. Andre is 33 years old and has limited experience at the elite level. We have no real clue as to how his management style will not only translate to Chelsea, but to the Premier League. Time is very much needed, and Roman, as trophy-craved he is, must realize this. Proper guidance is needed, too, which is why I still hold out hope for Hiddink's return to the club as Director of Football. A dream pairing that is. With that being said, with time, proper backing from Roman (not intrusion) and a solid foundation of staffers around him, I do believe Andre will prove to be one of the finest managers in world football.

This appointment, in my estimation, is a wonderful one.