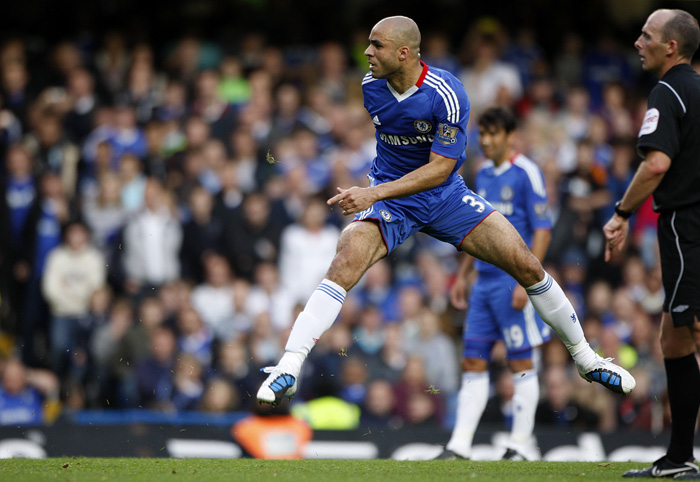 Our Titan is not one to be overthrown. A thunderbolt from Alex on a warm day in October is selected as this season's magnum opus. Jamie will be positively giddy.

Colossus of Rhodes? Please. An equally mammoth creature, seemingly forged of iron and flame, lurks inside Stamford Bridge. This God amongst men rose from his post on Mount Olympus on the third of October, cast down upon his enemy and unleashed a plague of unworldly venom upon it. The technique, the curl, the sheer power - unstoppable. He then disappeared into the shadow. A thigh injury is what they told us was the reason. We know it to be otherwise. He returned to his throne until called upon again, this time to fan the flames at Old Trafford come May.

The last word belongs to regular commenter Chelsea, who provided this exquisite piece of prose following the match in October.

I have no doubt Apollo and those gods at the Acropolis were watching… And Alex forever resides among them! Arsenal should have read the prophesies of the Cumaen Sybil to have know that Alex is capable of such.