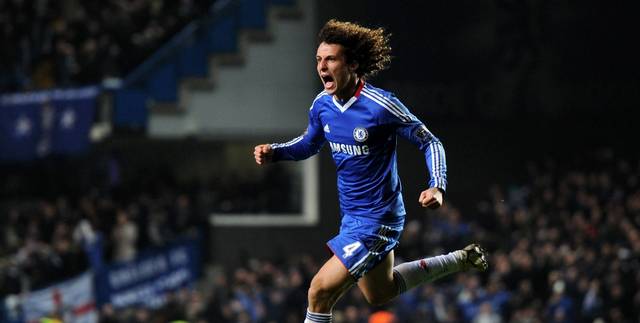 Our second end of season readers' poll takes a look at the new boys.

Signings were a talking point throughout the season. The number of outgoing parties in the summer, Michael Ballack and Joe Cole among them, peaked interest in the market from fan support very early. This despite the fool's gold that was the coveted quintet of youth players.

More transfer interest surfaced in January. The club's form was at an extreme low point, and many of us felt a spark was needed in the form of new faces. Well, we weren't the only ones that felt that way apparently. Roman made another massive deposit, and we were giddy. Absolutely giddy.

We've nominated four of our 2010-11 season signings (sorry Yossi), and now turn the conversation over to you.

A quick rundown of the candidates.
Ramires
Joined Chelsea on 4 August to a chorus of criticism from the support. Early glimpses suggested the quibble wasn't unwarranted. Then came the moment, the breakthrough - our home win over Arsenal on 3 October. Gradually grew into our most influential midfielder this season. With the likes of Frank Lampard and Michael Essien included in said midfield, that's a substantial statement. And, you know, the best is yet to come from the rangy Brazilian.

David Luiz
Joined the club in the wee hours of 31 January in what likely will be considered the wildest, most entertaining, most lucrative, January transfer deadline day in English history. Promptly began to justify his extravagant (£21.3m) fee. Superlative goals in wins over both Manchester clubs pretty much solidified his place in Chelsea lore not a month into his tenure. Proved he is indeed human with a variety of rash decisions, but his talent, charisma and general likability has many reckoning he'll be the world's best defender in a few years time.

Fernando Torres
Three months of general anonymity, really. A whole hell of a lot of confused looks. One in goal in 14 appearances - but what a goal it was.

Daniel Sturridge
Not a signing per se, but hear me out. Sturridge left Chelsea in January for the sandy beaches of Bolton, just as a certain Spaniard was rolling in from Merseyside. Regular first-team football was the objective, and that's exactly what was received. Twelve scintillating appearances later, Sturridge returned home with eight league goals and a booming reputation. As with Jack Wilshire a year earlier, Sturridge had, while at Bolton, transformed into a potential England international. If this half-season loan proves to spark young Danny into becoming a pivotal piece of our frontline, then dammit, that's a sensational signing/decision by the club.

There you have it. Vote now, vote often. Then drop us a line or two in the comments section about why you chose who you chose. We're looking forward to hearing from you. KTBFFH