Pep to Stamford Bridge? Don't count on it

Share All sharing options for: Pep to Stamford Bridge? Don't count on it

I reckon Barcelona manager, the suave socialite Pep Guardiola, is looking mighty fine to Roman Abramovich right about now. Our favorite Russian may want to pump the brakes just a tad, though. 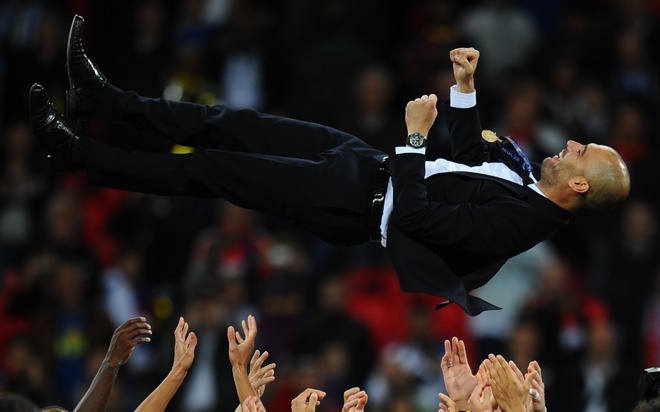 Pep, fresh off a performance for the ages at Wembley, will no doubt be amongst the most, if not the most, desired coaches in world football in the offseason. He's stated before he's not opposed to seeking a new challenge. It's been said he likes the idea of living in the English capital. Put it all together, and you have yourself a Daily Mail story.

Guardiola isn't being drawn on his future. He no like controversy. In fact, he says he's staying in the Catalonian capital - that is if you believe he's telling us the whole story.

"Obviously when you win trophies, you have girls falling at your feet," Guardiola said after Saturday's Champions League final masterclass against an overwhelmed Manchester United. "But I have another year on my contract at Barcelona and I intend to see it out."

Regardless of these quotes, it'll be interesting to see if Roman does indeed knock on Pep's door this summer.