Share All sharing options for: Three's Company: Trio of Chelsea boys in managers' Premier League team of the decade

The Barclays Premier League team of the decade, as voted by the very managers that represent the league, was revealed Tuesday. Manchester United, to absolutely no one's surprise, dominate the landscape. Chelsea, however, place three on the first team. Most triumphant. 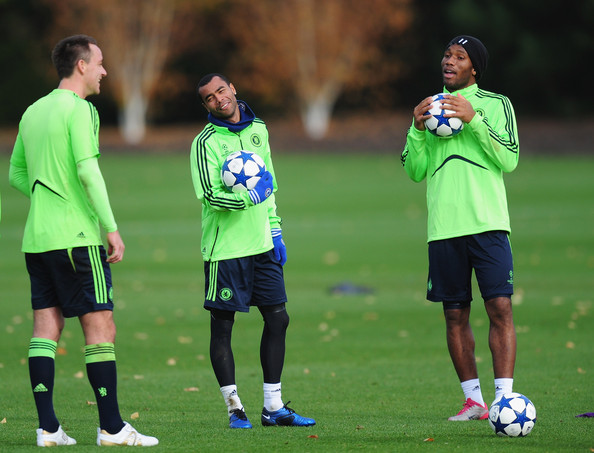 The final three slots were filled by Blues. Ashley Cole received a hefty 73 percent of the vote at left-back, second in sheer dominance only to Giggs, who received 83 percent of votes at left midfield. England's Brave John Terry was a runaway selection in the center of defense, picking up 40 percent of the vote. Vidic and Rio Ferdinand, meanwhile, received 27 and 20 percent, respectively.

Didier Drogba completes the Chelsea trio after out-dueling a plethora of legendary prospects up top to partner Shearer. The Mighty One took home 23 percent of the votes, joint top with the former Newcastle pillager. Wayne Rooney (2o percent), Thierry Henry (17) and Dennis Bergkamp (10) were next on the list. I'd say it's pretty damn impressive that the Ivorian was able to head that class of talent.

Petr Cech, our player of the season, was named as a substitute. No Super Frank Lampard?