A season ends at Goodison. So, too, may an era. 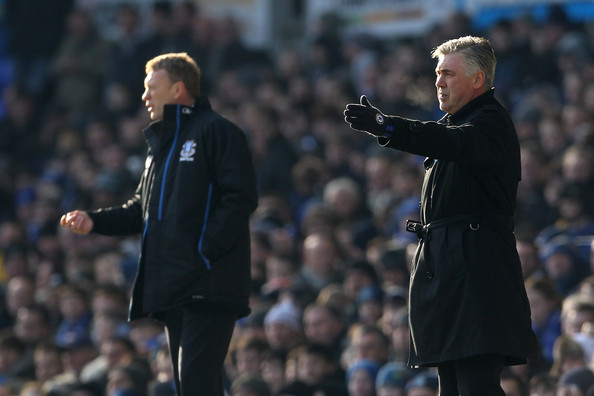 Why: For pride only. And perhaps for a select number of players to prove they deserve an opportunity to represent Chelsea Football Club beyond this season-ending match. In other words, there is little to gain from this finale - with anything other than a goal barrage worthy of the Gods from Manchester City ensuring us of a second-place finish.

As Arsene Wenger would say, finishing second is no disaster.  Unless, that is, you are Carlo Ancelotti.

Carlo must feel as if his time is already up. The media reckon it. Many of us reckon it. His recent rhetoric even suggests such.

"At this moment I’m very quiet, very calm. I just want to wait to see what the club have decided. I’m not desperate to keep this job. It’s not my decision."

Comments like this, amongst a bevy of others with a similar tone, make it seem almost certain that the chic Italian will not be around come June. In all honesty, Carlo's time  probably was up mere seconds after the full-time whistle blew at Old Trafford to mark another premature exit from the Champions League. Maybe he could've saved himself with a win at that same venue a month later. It wasn't meant to be, however.

Whatever your opinion of the man as a coach, you must respect him and his approach to the game. He gave us our first Double for Christ's sake. Hell, this reads like an obituary. Maybe I should wait until we actually know what's going on before writing the man off.

What is there to say? We're lacking any real drive at the end of the season, as seen at home to Newcastle last week. Now we're running into a team in Everton that has been a thorn in our side for several seasons now. It doesn't look promising does it?

A win at Goodison would take us to 74 points, our worst total since 2003. The 103 goals scored last season absolutely dwarfs our 69 this term. Where has it all gone wrong?

Yossi, Ramires and Bosingwa and Bertrand are unavailable. Louis Saha will be absent for Everton - thankfully.

What do I say? Well, I say switch it up. Throw out some kids, though nearly all of them are either on loan or injured. Have some fun. The summer will prove a serious - very serious - affair so we better enjoy ourselves while we can. KTBFFH

Of course you can substitute any number of members of our reserve league champions into this XI. In fact, please do Carlo.