It's the Roc: Ashley & Jay-Z planning a takeover

Share All sharing options for: It's the Roc: Ashley & Jay-Z planning a takeover

Quick, run, before the tabloids come
Run from the night or we end up in The Sun
-Jay-Z, American Boy remix 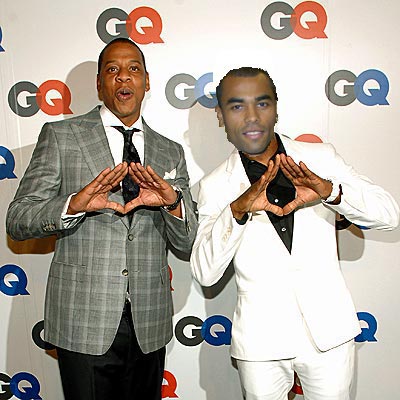 "ASHLEY COLE is in talks with JAY-Z to learn how to tackle the music business."

You can't make this stuff up. Cashley, according to your rapper's favorite tabloid, who else but The Sun, is in talks with S. Carter about tying up some kind of sonic partnership once he retires from the game. Bound to take over the world, Cole is.

As Hov would say, "We don't believe you, you need more people."

But for real, there is probably something to this. I mean, we've all seen the white on white photos. Dude no doubt has it in him to manage the next Smilez & Southstar.

Speaking of S&S, let's, for shits and giggles, predict who Ashley might sign should he actually manage to get a label up and running inside the next five years. Chingy? Paperboy?