Ashley Young: Why not?

Share All sharing options for: Ashley Young: Why not?

Names such as Hazard, Sanchez, Neymar. They all are being bounded about ahead of a pivotal summer in the history of Chelsea Football Club. I say why not at least take a half-look a little closer to home? 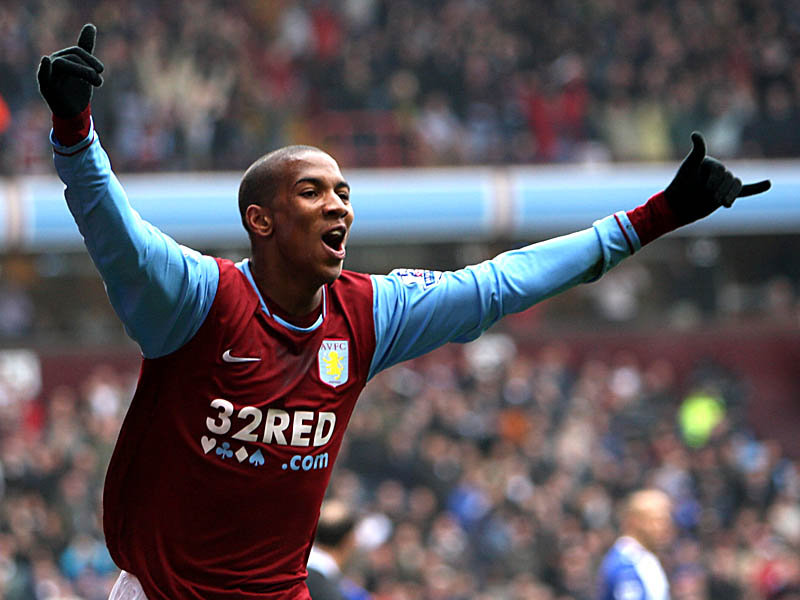 Ashley Young isn't exactly an unknown. The kid, 25 years young, has been in the sights of the world's elite for several years now. This season has been no different, Manchester United and Liverpool representing the most prevalent of the suitors - at least according to the rags.

We've been linked with Young intermittently over the years, though our names have rarely been featured in the same sentence during this, his best season in my estimation. Why?

Let me be clear, I was hardly an advocate of Young prior to this term. In fact, I'd gauge I went out of my way to play down his ability in any transfer debate revolving us and him. I felt he was, more than anything, one dimensional. The ability to play a killer cross alone does not make an elite player - never. Add to that his inconsistency, a general feeling that he was a tad fragile and somewhat petulant, and I was not sold. Not at all.

Then came this season. Villa have been wildly hot and cold, bordering on terrible at times. A plethora of injuries haven't helped. Neither did a managerial change days prior to the beginning of the term. Young, however, has chosen not to follow suit. He has remained a constant, displaying real growth and excellence under a cloud of relative obscurity, the team he represents languishing in the bottom half of the table for a majority of the campaign.

Young has seven goals and 11 assists in 33 appearances. Hardly wowing, but good if not great during a season in which he has been asked to fill several different roles on a relatively poor team. He's won six penalties, joint top of the league with teammate Darren Bent. Young has won 95 fouls, most in the league, and played 65 key passes, ranking seventh. Of course statistics hardly tell the story, but they are a solid foundation when evaluating the effectiveness of a player. On this evidence, Young has been Villa's best player this season by a fair distance and ranks among the better performers in the league for 2010-11. Again, considering the turmoil at the club prior to the season and the various roles he's assumed, I consider that an extremely successful season.

But, like I said, stats only tell half the story.

That being said, Young immediately improves us in four areas of deficiency:

We have struggled mightily in each of these aspects in some way or the other over the past few seasons. To be able to significantly improve all with one signing is kind of uncanny. And it's not just that. Young offers much more - versatility for one.

Young's growth this season has been, above all, in his increased flexibility. Perhaps he has always been so deft, just that Martin O'Neill felt he was most effective as a traditional winger. Gerard Houllier, meanwhile, had different ideas. After employing Young as a winger early during his tenure, the Frenchman eventually moved Young from wide to central, as more of an advanced midfielder or second striker.

Young excelled in this role a fair bit, including in January's 3-3 draw at Stamford Bridge. He completed 24 of 38 passes that day, showing a real drive to get the ball wide - an example of his growth as a footballer, attempting to exploit the hosts' lack of width. He also scored a penalty if I recall.

This latest role should remind many of you of a certain Steven Gerrard. The England midfielder formed quite the profitable partnership with a familiar Spaniard in a similar position. Could Young do the same? Very possibly.

But what about the price? The English, you say, are always overpriced - and overrated. Of course they are would be my reply and Young is no different. Well, except for the fact that he is not so much overrated as underappreciated and has only one year to run on his contract. It does not appear he's close to inking an extension at Villa, which leaves Randy Lerner and company in a precarious position: receive some kind of fee or risk losing the player on a free next summer. I would expect Lerner will chose the former. A knockdown price of between £12-15 million? An absolute steal for a player that would not only provide great quality but also fall under homegrown rules.

Sure, players such as Hulk and Alexis Sanchez represent top-tier talent. I would be ecstatic with either, certainly. Could they offer more than Young? Sure. Will they? Uncertain.

That's what makes Young so intriguing to me. In Young, we have an Englishman, proven in the Premier League and, at 25 years old, just beginning to reach his peak. His versatile - playing on either wing or through the middle - two-footed, and immediately improves us in several facets. The chance to grab a talent such as his at a price potentially under £20m only adds to the argument.

Young's evolution from mid-tier asset to elite prospect has been thoroughly interesting to follow, and I think it's well worth Chelsea's time to evaluate his worth to the club compared to similar targets. He would make for a very, very good signing in my estimation.