The boys take the phrase 'phoning it in' to new, soaring, heights in a forgettable draw with them Geordie boys at Stamford Bridge. Not exactly what you expect from a home finale now is it? 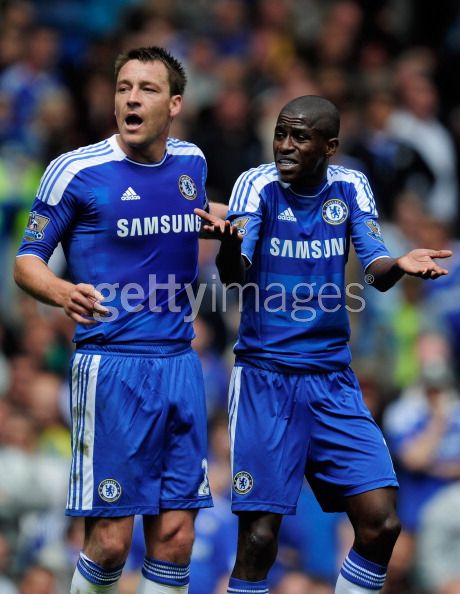 Yeah, that just about sums it up

Nothing to play for. I tried to belie this idea of indifference to the end of the season in my match preview. Funny enough, it turns out I was wrong. This was not what any of us - particularly those that paid hard-earned pesos to attend today's match - wanted to see.

The start was promising. I feel like we have implored for more focused, energetic starts for much of the second half of this season. We haven't exactly been treated to that, though, certainly not at Old Trafford a week ago. But today the boys were up for it from the go. Good tempo, quick, crisp passing - it was all on display. The reward was a goal inside two minutes from Bane. A real shocker, eh? What's it going to take for Carlo and the players to realize that a heightened tempo and quicker movement will result in better play? Whatever. Bane won a corner with the first of what was a gaggle of quality crosses - unexpected to say the least - and Lampard took it. Torres flicked on from the near post and Bane was rewarded for his bright start with a nicely taken goal from close range. It really was a good volley from the defender.

At this point, I'd be you and me both were thinking we're about to go on and grab about 13 or 14 goals on this evidence. We were fucking wrong, too. Some clumsiness at the back not long after the opener, about eight minutes, resulted in a fortuitous equalizer. Alex played a lax ball toward Terry, who first couldn't corral it then picked up a yellow card for a foul a few yards outside the penalty area. Ryan Taylor's free kick was not good, drifting well wide of Cech's far post but took a monstrous deflection off Jona Gutierrez's back/ass. Cech was already committed, and the redirection trickled right in.

So yeah. Newcastle, despite not having a sniff, were level.

At that point, the fragility of this side became painfully evident. There were still moments of decent play - Josh playing a wonderful threaded ball for Ashley being one of the highlights - but you could tell the guys were affected by the way they gave away the early lead. There was no real fluidity about us anymore, and the pace of passing had reverted to the tried and trusted but rarely effective pedestrian style. How predictable can our play be at times? We were also giving away possession with reckless abandon. Thankfully halftime was soon to follow.

We regrouped somewhat to start the second half, but it's kind of difficult to establish any sort of rhythm when the whistle is blowing every seven seconds for a free kick. Seriously, Lee Mason was wretched today. I understand that the match de-evolved into something out of 'Quest For Fire,' but Mason didn't help proceedings by blowing for every subtle push that took place. A quick browse of the stats sees that 31 combined fouls were called. Four yellow cards for us, and you know Ramires probably could have been sent off after his wild lunge on Simpson in the opening exchanges. Atrocious. I found myself attempting to count the number of passes completed before a foul was called during the second half. It was that bad.

But I digress. On to the analysis. So we opened the final 45 minutes moderately well without really creating that much in terms of great chances. Newcastle responded by forcing a couple of comfortable saves from a relatively uncalled on Cech. It was all a bit dire to be honest. Then Carlo up and changes everything with a triple substitution. A triple substitution? I found that to be ridiculous, but I guess he was sick of watching the paint dry, too. On came Drogba, Malouda and Essien; off went Josh, Ramires and Yossi. Why he stuck with Torres, who had disappeared into the abyss after a pretty decent start, is beyond me.

The changes didn't have that much of an impact, save for some spells via The Mighty One. Maybe that was because fouls were still being called every four passes or so. Drogba offered a few patches of quality over the next few minutes, including a lovely back-heel to Ashley, which he floundered. Nothing was happening in front of either goal, really. Nevertheless, we finally mustered up enough momentum to grab what we thought was a sure winner. Lampard took a free kick, which Anelka had won, hitting it hard to the back post. Krul helped us out, leaving his line for no apparent reason and enhancing his egregious decision by completely missing his punch. Alex was in position to take advantage, heading in before taking a hit to the grill.

Three points then? Not really. Instead of pushing on, we regressed and, just before the end, failed to defend a corner. Ameobi dominated Essien at the back post, heading back across the face of goal where Steven Taylor popped up to head past Cech. Schoolboy stuff, oh goody.

A microcosm of our season.

I don't really want to get in what needs to be done in the offseason. It's far to in-depth and far too taxing. That's a talk best reserved for, well, the offseason. On a positive note, at least we wrapped up second place, even if we did it in a semi-backhanded way. Well done, Aston Villa. That Darren Bent looks a bargain doesn't he?

It's a shame for the home support. They really deserved a better display to close the season. If that was the last of Carlo in front of the Shed End, you've got to feel for him somewhat. Sure, he's not entirely blameless, not at all, but that's not how you envision a team of such quality closing out the home slate, regardless of tactics. Pitiful.

Only one more to play. My word how this season has flown by. On to Goodison then. KTBFFH 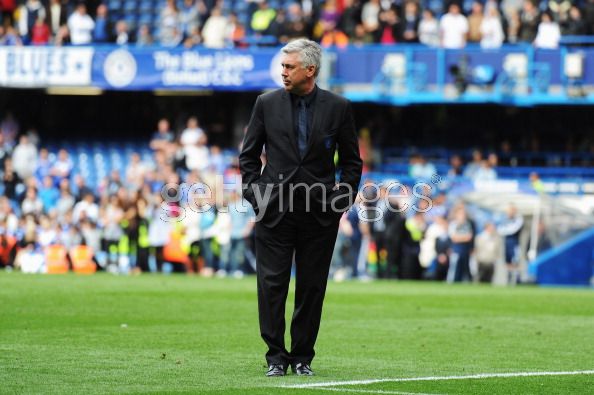 Player Ratings
Brief commentary because, well, I can't muster much more at the moment.

Peter Cech
Solid if not spectacular. 6.5

Branislav Ivanovic
Opened the scoring. Probably his best crossing display of the term. 7

Alex
Carried on from his excellent display at Old Trafford. 7.5 (CO MotM)

Ashley Cole
Got himself forward, and defended astutely. Solid. 7

Josh McEachran
A very good display in his first league start, despite some general uncomfortableness. 6.5

Frank Lampard
Not at all effective. 5

Ramires
Combative, perhaps too much so. 6

Nicolas Anelka
Probably not the consensus, but the best of our starting front three in my estimation. 6.5

Fernando Torres
Like Yossi, looked bright early on. Faded badly, though, particularly during a second half in which he looked absolutely lost - perhaps disinterested. 5

Didier Drogba
Added something when he came on, but not a whole hell of a lot. 6

Michael Essien
Threw himself about, which is more than we've been able to say of late. 6

Florent Malouda
Was he actually on the pitch? 5