Fast Five: some of the best Chelsea-based Twitter accounts 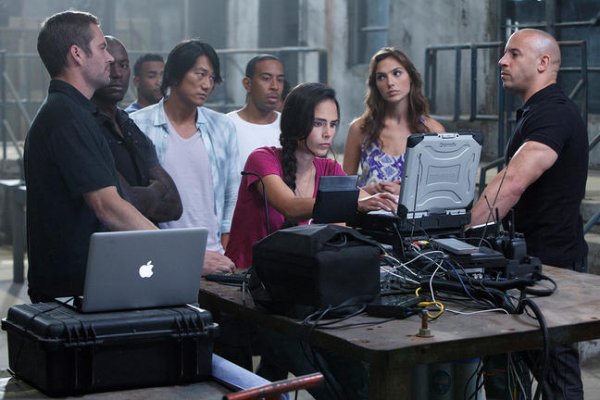 Maybe you heard, maybe you didn't. Fast Five somehow turned out to be not only a box office success - a given - but a critical one as well. No shit. Myself? I haven't seen it yet, but plan on enjoying the lush scenery, sharp dialogue and gripping storyline soon enough. Until then, I'm living my life a couple of Tweets at a time.

Not really. But that ridiculous statement does segue nicely into the theme of our latest Fast Five entry: Chelsea-based Twitter accounts. They are a lot out there, probably too many. But with that being said, there are a handful of excellent profiles among the crowd. We've chosen to highlight five of our favorites here. So, on with the show.

Chelsea Youth
TheChels.Org is uncanny. I mean, what can you say about these guys? They simply have everything covered when it comes to this club. Their website is a hub, with information running the gamut from the youth team to video and statistics. Their approach to Twitter is similar, with @TheChelsOrg the main protagonist. I've chosen to highlight Chelsea Youth here, however, because they are, my friends, a gym. These guys have it down when it comes to the youth setup at the club, but they aren't restricted to just offering news and opinion on that subject alone. They  don't mind a good debate about the first team, either. Got a question about a youth player? Not a problem. They'll respond promptly, which is not something you can say for many on Twitter. If you're not following these guys, get on it.
Link: @chelseayouth

Rick Glanvill
Got a question about Hughie Gallacher? Rick Glanvill is your man. Glanvill is the definitive source on all things historic with regard to Chelsea Football Club. Hell, he's the club's official historian. A supporter for some 40 years, Glanvill has written more than 15 books and have been associated with the club in an official capacity for more than a decade. Read a pre-match briefing on the official website? Odds are Glanvill was responsible. He always has something insightful to say on Twitter.
Link: @RickGlanvill

Dan Levene
Levene, known as Blues Chronicle on Twitter, is a superb source of information. Levene is the Chelsea correspondent for the Fulham Chronicle as well as for several freelance outlets. His profile is constantly updated, featuring ton of news along with a lot of great insight and opinion about the club. Simply put, Dan is a must-follow.
Link: @BluesChronicle

Sajal Thomas
Sajal doesn't exactly get the exposure he probably should. This guys knows Chelsea. Thomas is the founder of the Chelsea FC supporters club in New Delhi - which is fucking awesome. His Tweets span from technology to film and music, but CFC is always a constant. He rarely bites his tongue, either, which, as you know by reading my shit, is an admirable quality in my mind. Check him out.
Link: @SajalThomas

Chelsea Den
This fellow blog is great - follow them - but the accompanying Twitter page is even better in my estimation. If you're looking for dry, sarcastic humor mixed with some straightforward, pull-no-punches insight, then you either follow me or this guy. Or both. Yeah, both. They don't hold back here, and that's what I enjoy. Plus, if you want to have a good ol' debate, they are always up for one. Got a question? They'll answer it. I love these guys (no homo).
Link: @TheChelseaBlog

Have a favorite not listed? Let us know about it in the comments section. We're always looking for the best of Chelsea on the web. Cheers. KTBFFH