Today, we did a bit of both. 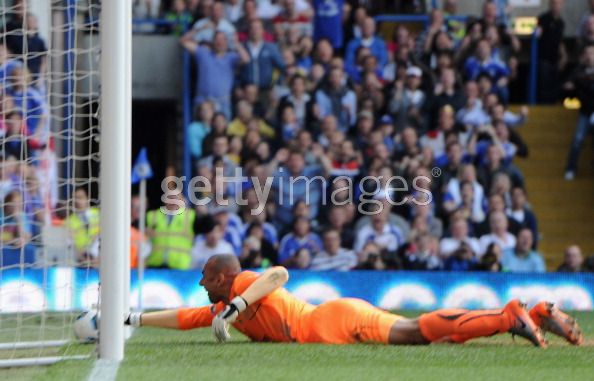 The Rundown
• We won.
• We won without scoring a legitimate goal. Bonus.
• We're three points off the pace with United yet to face the Arsenal.
• John Obi Mikel is blowing the fuck up.
• Didier Drogba is a God. Build this man a temple off Fulham Road. Erect a 450-foot bronze statue of the Ivorian, place it inside. Surround statue with an Ionic frieze depicting our warrior's triumphs and travails as a member of this club. A bas-relief featuring the words 'It's a fucking disgrace' for all the world to see. God Damn right.
• England's Brave and Super Frank deserve similar treatment.

What was a dominant start from the hosts was wiped from the books in a millisecond by one of the goals of the season - Sandro curling a wonderful 30-plus yarder past Cech on the half-volley. It was a sucker punch. Fortunately for us, Señor Gomes - and the linesman were in a giving mood. A routine, nay ambitious, shot from Lampard was fumbled by the lovable goalkeeper toward goal. It wasn't anything special. In fact, it was a pretty poor effort. But, you know, we don't really care. Gomes leaped toward his goal in an attempt to keep the ball from crossing. He grabbed it, caressed it, made passionate love to it in an attempt to convince the officials. It may - or may not - have crossed the line. Regardless, Gomes' efforts were for naught and the goal was given.

It was a moment that restored some belief in us prior to halftime. After all, we had taken a heavy blow and were struggling to recover from it.

Then came the second half. We probed and pushed, but never quite had the juice required. We were denied several calls in the process, including a dead-on penalty when Kaboul lunged through the back of Malouda inside the area. Andre Marriner was clearly intent on making up for his linesman's potential mistake in the opening half. Splendid.

But we didn't pack it in. We kept attacking and were rewarded for that approach a minute before the end of regular time. Anelka, Drogba and Kalou swarmed the box, with the former two somehow managing not to get in each other's way. Drogba rolled the ball to Kalou at the near post, slightly offside, who poked home.

Offside? That's two dubious decisions in our favor. Who the fuck would've thought it.

Spurs, meanwhile, in the midst of the pivotal fight, showed little, well, fight. Not exactly what you want to see if you're Harry Redknapp. Were they even remotely interested in grabbing something from the game? It didn't appear so. One shot on goal would attest. All this from a team in the midst of a back-alley fight for a spot in the Champions League - and the money that comes with it?

So that's a massive three points ahead of United's trip to the Emirates tomorrow afternoon. We could potentially be three points astray if Arsenal can somehow do us a solid. And to think, we were fifteen points adrift in February. Amazing. 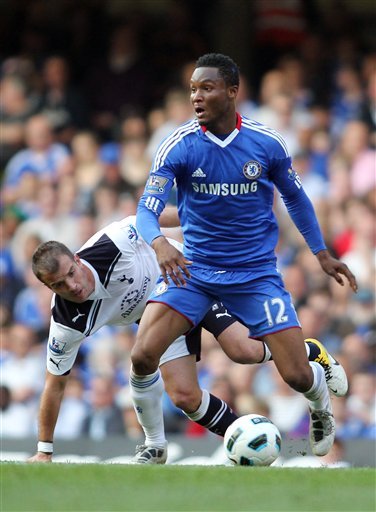