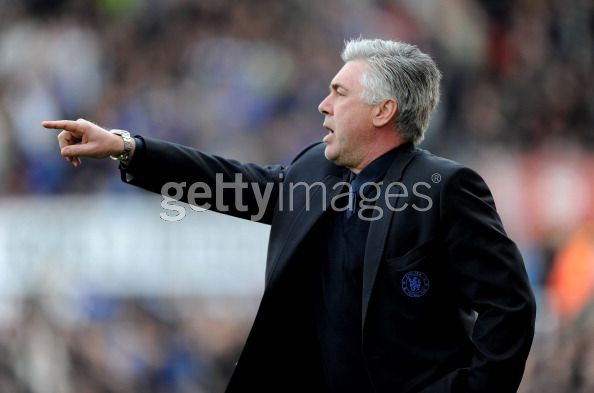 A funny old game this one.

Shit for the opening 15 or so minutes. This start was highlighted by a truly disturbing sequence, one in which Jon Walters - yes, that Jon Walters - sauntered past our new mancrush (Bob) at midfield, roasted what used to be the most dynamic midfielder in world football (Michael Essien) then proceeded to bury a low shot past a helpless Petr Cech at the near post. Also seen during this was Jose Bosingwa, who was quite good on the day otherwise, frolicking back into position at a pace likened to what you would see at a nursing home. John Terry, meanwhile, was caught in a lose-lose. He chose to play the cross rather than come to the ball and we all suffered.

Anyway. We spent the next 50 minutes in a revival, carving out a deserved equalizer about 10 minutes before halftime. We continued to display quality at the start of the second half, and I figured we were going to find a way to grind out a critical result in a tough environment. Wrong.

Around 60 minutes we went back into the shit. Actually we were worse than shit. Cech, in a scintillating performance, spent the rest of the match turning away shot after shot with wonder save after wonder save. All this while the rest of the team seemed to enter a state of perpetual confusion - in how to respond and in how to succeed in doing so. Yes, we had our chances in the final stages of the match - Drogba, in particular, doing what he could to haul us out of the mire - but for the most part it was Stoke City who did the work. They were rampant, the best I've seen from them since returning to the top flight in 2008. Really, we were lucky not to lose here.

So, what changed between minutes 20-60 and 60-90? Well, as the opening visual suggests, I lay the blame squarely at the feet of our on-pitcher leader.

A double substitution on 61 minutes proved to be the root of all evil. Carlo first pulled Anelka for Torres. Not exactly great seeing as we had something good going at the moment and Anelka was critical in linking our midfield to the excellent Drogba, but a move I can somewhat forgive. However, the sub that accompanied it, I cannot. In a clear panic move, CA threw on Kalou for Ramires. So you pulled our best midfielder on the day - not saying a lot, really - who will run his ass off for as long as it takes for a decent attacking option that won't give us much of anything at the other end? Genius.

I know what you were thinking, CA. This was a must-win and Kalou would give us what everything else on the pitch at the moment wouldn't - an option that would run at defenders. What you did in the process of that was unbalance our midfield and kill our momentum. Leaving Malouda on the field when he was offering absolutely nothing? Expecting Kalou to give us something on the right side of midfield? Just shocking.

Take the hit, Carlo. Now, get yourself and the players over it and have us ready for Wednesday.

Other points of note:
• Torres' movement really is excellent. If only someone in this team would pick up on it.
• Bob got his wake-up call. I said in the match preview this would be an interesting test for him and it certainly was. He opened with a terrible mistake, then had a torrid time with Kenwyne Jones the rest of the afternoon. He's an unbelievable prospect, yes, but there's still some rough edges to smooth over. When he adapts, look the fuck out.
• Florent Malouda. Just go away.
• Michael Essien. I'm beginning to think we've seen the best of you. This thought sickens me to the core.
• Resting Bane tells me that Carlo is focused solely on the Champions League. The Serbian was an ideal choice against a physical, set-piece heavy side like Stoke, yet he opts for Bosingwa. A massive gamble.
• Speaking of good fits for Stoke, Mikel anyone? 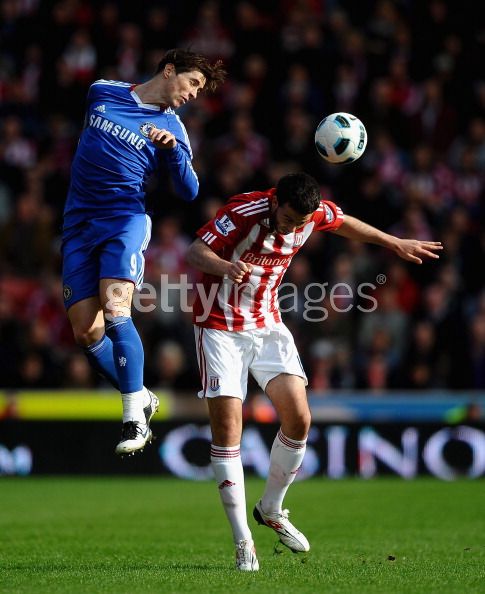 Player Ratings
Numbers may be skewed considering on how vindictive I feel at that given moment.