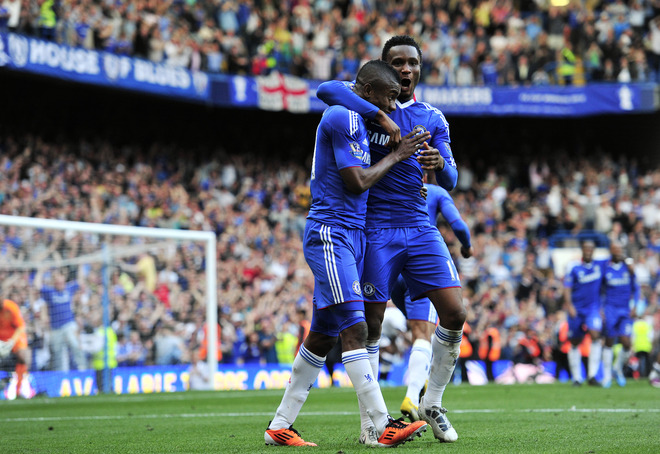 He comes from the Ivory Coast - Kalou, Kalou

Fortune favors the brave - Brave John Terry that is.

Look, we were gifted a pair of goals. No question. Andre Marriner is, yes, inept.

But at least we showed up. We fought. Clawed and scratched in our pursuit for that result. Drogba, and no doubt Mikel, from his position in the shadows, epitomized this. Spurs, meanwhile, looked spent. Sure, they were unlucky here, but it would have been nice had they showed up to play an actual match. I thought they were interested in qualifying for next season's Champions League. Not on this evidence.

More, in the form of a unorganized match recap, coming tonight. Until then, vote for your man of the match and, afterward, have a say about the match in the comments. Me, I'm expecting plenty of superb commentary on the officiating. Can't wait.