El Niño strikes at Stamford Bridge. And that was before Chelsea's No. 9 blew the lid off the place. 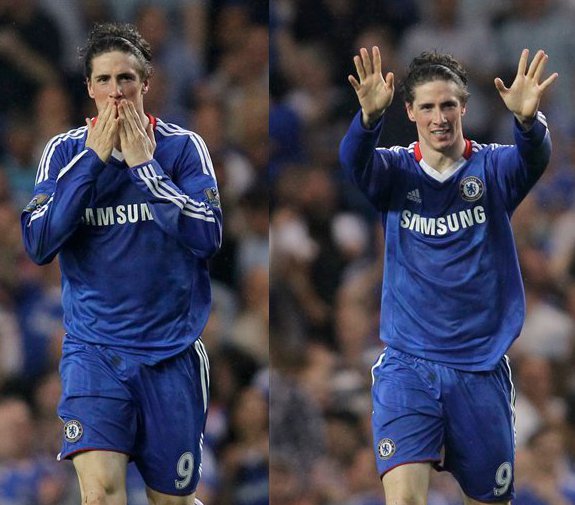 What a damn day in West London.

I was forced to miss today's festivities because of this thing called a full-time job. You know, fuck work. But I digress. Whatever.

When I was finally able to sit down for a viewing, it was initially more about the weather than pretty much anything else - at least for 40-odd minutes. Talk about torrential. Then there was the second half, when the field was more akin to a slushy than anything else. Man, I could go for a Slush Puppie right now.

Moving on. Fair play to West Ham. They refused to roll over. Three goals to nil flattered us, no question. Their fine effort mixed with our somewhat erratic play made for a supremely enthralling contest, kind of shocking considering the conditions. Nevertheless, we were able to revel in our fourth consecutive league win thanks to a solid, if not spectacular, performance. Goals from Frank Lampard, Florent Malouda and Fernando Torres. Yes, you read that right.

Have you ever heard the Bridge come alight like that? Probably, but rarely. I can't imagine being there during that moment. That lightning-thunder combination which rattled the stadium earlier in the second half had nothing on the spark kindled by our Spaniard muy expensivo. Better luck next time, Thor.

Now for some shout outs. To my boy John Obi Mikel, who, for me, was the best player on the pitch by some distance. To Drogba for being our best player overall. Unbelievable this man.

That's all I gots for now. More to come later tonight. While you hanging around, why not have a vote in the man of the match poll? Should be interesting this one. If you're feeling saucy, let us know what you thought of the afternoon in the comments section. We'd love to hear from you. Until tonight then. Cheers.

Where were you when Fernando Torres opened his account for the famous CFC?