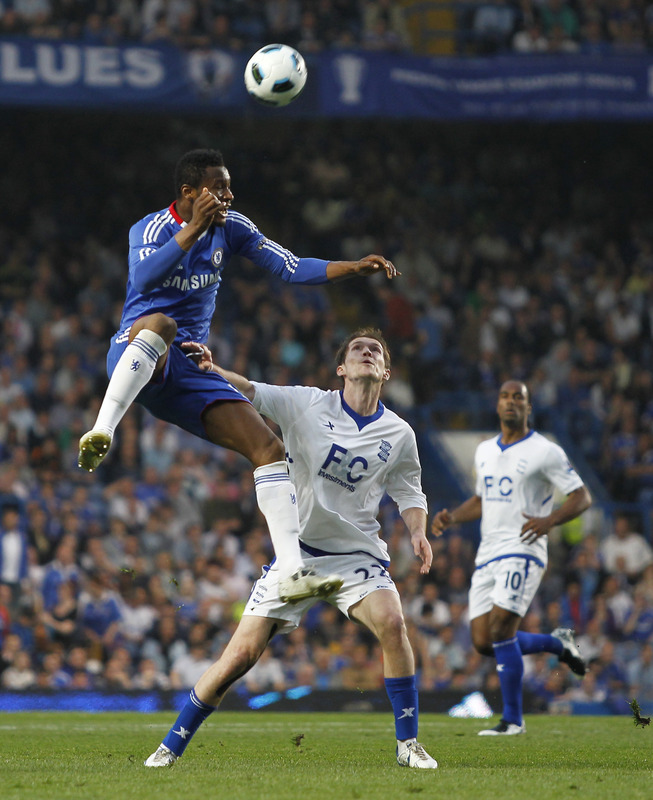 Send us all into the blue funk following another listless exit from Champions League. Then, you know, go out and make things interesting - real interesting - by climbing into second place in the league. All to play for?

Well, let's not get too carried away. There's plenty left to do. But, yeah, six points adrift and still to play the league leaders? All is not lost yet.

Wednesday's performance was certainly not our best of the season. What it was, however, was another solid one that transformed into a stroll at certain points. That won't please Carlo - as his reaction to Bob conceding a penalty and the subsequent Derbyshire strike that could've made it 3-2 will attest - but despite all that we were more than deserving of the three points. Just like we were in November, only this time Ben Foster could do nothing about our trio of goals.

Florent Malouda has risen from the grave. Just a month ago, he was among the first mentioned by seething supporters when asked who should pack their bags and get the fuck out of London. This is typical of the Frenchman. He's closed the previous two seasons on tears; why not this one? I think we're all hoping for a three-peat. His brace here was clinical, the first a close-range finish and the second an unstoppable header. It wasn't just the goals, either. Malouda looked dangerous for pretty much the entire evening.

Then there was Salomon Kalou. Nothing more than an impact substitution, I've been known to say. I'll stick by those words, too. Nevertheless, he's doing well to disprove my analysis with performances like this. He was marvelous against Birmingham, shifting in and out and around. Tracking back to help out the solid Paulo Ferreira, creator of the first goal. Kalou's goal was the match's high-water mark, a scintillating blend of movement, strength and technique. The shot, after skipping around two challenges, curled in off the far post. Foster thought it was going wide and didn't move. He could only shrug once it nestled in his net. Too good, he said. He was right.

But none can garner more praise on this day than The Mighty One. His play of late has sparked memories of last season's unbridled excellence. Rooney player of the year? Rubbish. But I digress. Today our future political leader declared war on any and all wearing a white shirt. There were no survivors because, in short, our imperious striker was unplayable. If Drogba can retain this form, we do have a shot, however remote, of retaining our league crown.

Again, I construct paragraph after paragraph of lush individual praise without even a mention of John Obi Mikel. And I'm one of the Nigerian's staunchest supporters. You people know that. I guess that's Mikel in a nutshell, right? You don't appreciated just what he brings to the table. His shadow-like work kept us ticking Wednesday. It also allowed Lampard and Essien to push on without restraint. Both looked more like their old selves. Coincidence this isn't. Mikel must remain on the team sheet for the run-in. We have no one else who thrives in a deeper role. No one who can retain the ball and recycle possession as well. Carlo, listen to me here. Please.

Speaking of Carlo. What on earth was with the personnel changes? They really were quite baffling. Here we are coasting, potentially on our way to adding a couple of more goals, which could be pivotal if this thing comes down to goal difference, and you rework the formation. The move from the fluid 4-3-3 to the Diamond stymied not only the flow, but our creativity. Anelka and Torres join Drogba (why?) and the result is the three of them contriving to get in the other's way. Drogba continued to batter, but not as effectively. Anelka did his best to throw the game into disrepute and Torres, well, he simply didn't know what to do. Did I want to see Torres? Sure. I wanted to see him as the focal point of a 4-3-3, replacing Drogba in a like-for-like change. Give Drogba a pat on the back and tell him this one is done and dusted. Get some rest for the weekend. That's what strong managers do. And where was Yossi? Should we not be gauging his chemistry with Torres? Maybe that's just me.

That really is neither here nor there, though. The win is of the utmost importance; it's all that matters. And this represents another result on which to build. The momentum is growing. We're quietly going about our business at the moment, with little pressure, thanks in large part to Rooney and company stealing the headlines. Thanks, guys. No European football to distract us, either. Just a lot of positives right now.

You know, we may well be the form team in the league right now. Seriously. On to the weekend, then. Cheers, friends. KTBFFH 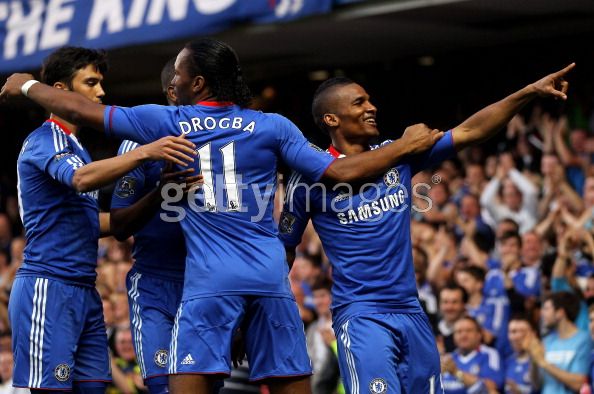