Yeah, about those nine wins. 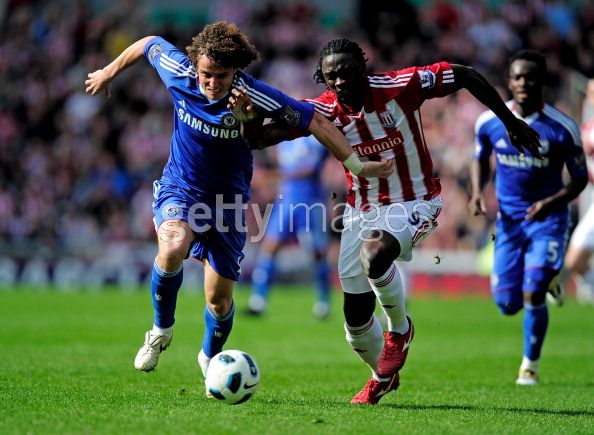 Not the best of days

Were we ever really in a position to retain our Premier League title? Unlikely.

Nevertheless, this one stings - if not for the result, the second-half performance. On the ascendancy for much of the opening half, and even at the start of the second, we pretty much flailed following Carlo's double switch. From there, we didn't just have a difficult time creating chances, we faced a mountainous task holding off Stoke City.

Stoke City. That was the best I've seen them play. Credit where credit is due. They probably deserved all three points on evidence of that second half.  Our defense, particularly EBJT and Bob, had a torrid time containing Kenwyne Jones as well as Jon Walters. You heard that right. Jonathan Walters was excellent today, his opener even more than that.

Questions abound for us. The substitutions, particularly that of Ramires. And, of course, how do we respond? Next week's home tie with Manchester United is now bigger than ever. We must refocus in rapid fashion, particularly after what United was able to do today. More on that as the match approaches.

For now, have your say in our man of the match poll - only one winner really - then stick around and debate the match until our recap finds its way to the surface. Cheers. KTBFFH