Break internazionale is finito. I cannot be the only one who is overjoyed by that sentence. 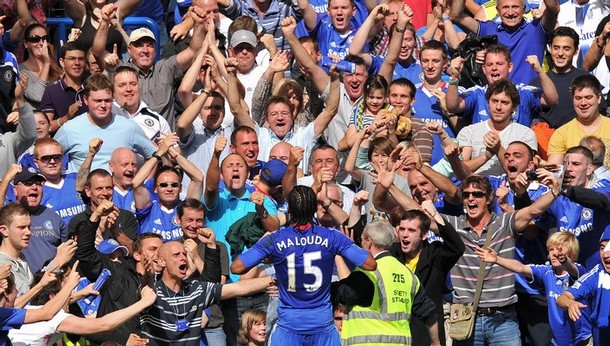 It's been a long ass while since the mighty Blues of London have taken the field in an official, competitive capacity. A week and five days to be exact. Since that peachy 2-0 win over Manchester City, I've drown, been resuscitated, stood in awe of Prince Rogers Nelson for a third time and witnessed the birth of the much-ballyhooed hair clause.

Eventful, yes. Fulfilling, not entirely. Missing? Chelsea Football Club. Saturday's league fixture at the Britannia is most anticipated - and much-needed.

Why: Carlo reckons we need nine wins to have any glimmer of hope at retaining our Premier League crown. Just so happens there are only nine matches left on the schedule. So, yeah, we don't need a Why here. Stoke is a must-win, just like the rest of them. No need to delve any deeper than that. Just fucking win.

There are far too many positives ahead of this fixture to even touch on them all. And that worries me. I'm not to used to it being so rosy around here. I feel a letdown lurking. I hope I'm wrong.

Nevertheless, things do appear promising. No injuries over the international break, sans a couple of nicks to Salomon and Fernando. Both are likely able to go if required Saturday. Yossi enjoyed 20 or so minutes for Israel. Alex is rounding back into fitness. Selection conundrums abound. Good news.

Rest. They say there is strength in numbers; if so, we're lightweight. So, playing only four matches in March was a welcome sight. Really, it was lovely. We're facing double that amount in April, so it's imperative, now that were are beginning to look as close to full strength as we have in months, that we remain there.

Rotation. It really is a miracle. The addition of Nando Calrissian was the nudge Carlo needed to begin moving about our aging strikers. Drogba and Anelka aren't able to pull consecutive 90-minute shifts in a single week. There just aren't. With Torres, we may well be able to shun the load that may arrive with an extended adventure in Europe. Luiz, meanwhile, gives us another stellar piece at the back. Alex and Yossi's return to the fold? Well, it's all about options isn't it. Freshness. Being able to rotate across the board is a potential game-changer.

Despite recent history - Stoke haven't defeated us in the league since April 1975 - there should be no overlooking them. Pulis fields a disciplined, physical side. Excellent on set pieces. They can punish if given an opening. Keep it tight early. Limit the success of Pennant and Etherington from wide positions. We should be well on our way if that plays out in our favor. This will be an interesting test for Bob, too, his first against a inherently-English club. He should, given what we've seen, relish the physicality but he's prone to have a real go in a challenge, and that could be costly here.

As mentioned very early on, Flo needs a rest. More than a rest, he needs a vacation. Yuri has proved his worth in an extremely short amount of time, and deserves the chance. Up front, allow Torres to appear from the bench in an attempt to keep him primed for next week's visit of United. The rest of the side picks itself.

Could the break have potentially thrown a wrench in the valuable momentum harnessed prior? Sure. But, somehow, I doubt it. These kids are well aware of what lie ahead, and what's needed. Time for the stretch run. Let's do it. KTBFFH