Reunited. And it feels so good. 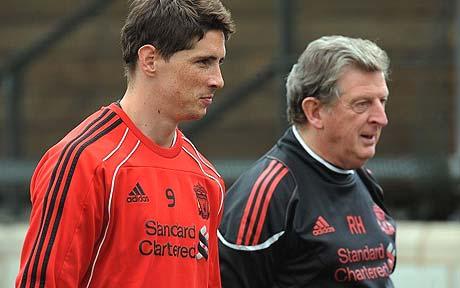 Why: Because all that's left in a season that has been impossible to figure out or predict is Champions League qualification. A win away to West Bromwich, undefeated under Liverpool's man of the year, Roy Hodgson, would go pretty damn far in solidifying our place inside the top four, especially with only six league matches remaining. Yeah, there's plenty to play far despite the morbid events of last week.

Motivation?
Judge Smails said it best. "You'll get nothing, and like it!"

Except we won't like it. Specifically, Roman Abramovich won't like it. Success at Chelsea Football Club is now judged by trophies, nothing less. One without significant hardware equals failure, at least to our owner.

Perhaps more intriguing than how our owner will react to this reality is how our players will in the immediate. There's, in a sense, little left to play for. And, consideration that the motivation of said players has been questioned on this blog more than once already this season, I feel justified in posing such a query.

We can't get up for the opening leg of a CL semifinal, at home against Manchester United? Why then should we expect them to be focused on brushing aside West Brom? To think this side used to be one of the most resilient in world football. Furthermore, add the uncertainty of our coaching staff to the mix, and it just seems difficult to project what will happen Saturday.

Some would say they owe us the fans a performance. Those that suggest such may be right. Me, I just hope to see some drive, some fight - as if these players realize an era might be coming to an end.

Experiment
The pressure, to an extent, is off Carlo. He no longer has the Champions League to focus on, and his future, well, is out of his hands. Who knows, he may already know his fate.

Regardless, this gives CA the opportunity to explore. Experiment good sir, the options are there.

Ramires and Alex have been ruled out of the trip to the Midlands with minor injuries - this suggesting to me that Alex was rushed back for the second leg against United. Still, we have a fuller squad than we have pretty much the entire season.

Resting Ashley and Frank would be at the top of my priorities, particularly Ashley. The man has played an unbelievable amount of minutes this season. Yossi deserves a start as does Mikel. Then there's Drogs and Nando. How Carlo decides to use Torres, after his embarrassing halftime substitution in midweek, may well tell us if he was in fact wanted by the manager. Speaking of which, there are murmurs that our French trio (Drogba included with Anelka, Malouda) has been grumbling about the Spanish acquisition. Sounds like rubbish to me, but thought it worthy of mention.

Anyway. Below is what I'd like to see. Unlikely, but it would be interesting.

Midfielder Youssouf Mulumbu reckons we're rubbish and poised for a fall: "They're not as good at the moment so I think we can have a great result on Saturday."

Inform him otherwise. No excuses. Expecting a solid win, boys.

From there, lock up second - yes, I said second - and move on toward the great unknown that is the summer of 2011. KTBFFH