Open Thread: Where does Chelsea go from here?

Share All sharing options for: Open Thread: Where does Chelsea go from here? 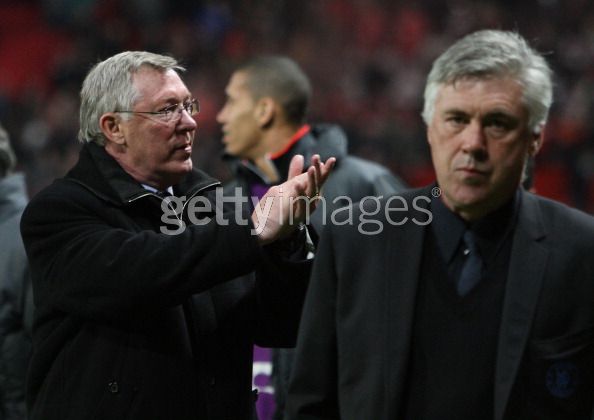 What I will say is that we weren't as poor as many have been saying. We were better than in the first leg, more cohesive, and might have edged the opening half if not for some particularly rubbish defending from Anelka. Really, the second leg was more so a 90-minute summary of our season - not egregious, but never convincing.

Drogba single-handedly pulling everyone out of Tartarus, signified by a second yellow card for our best midfielder, only for us to plummet back into the fire mere seconds later. So fitting.

Moving forward from the wreckage, it feels like the end doesn't it? And not just of this season, either.

I'm afraid an era has reached its conclusion, my friends - the most successful one in the club's history. I could be wrong. This era has been written off in each of the past four seasons by those wonderful men with the typewriters. Still, it does feel as though we're entering a time of change.

An aging nucleus. A manager in limbo. No director of football, the lack of a proper scouting network and, of course, assistants who appear to offer nothing. A summer ripe with pivotal decisions approaches.

And, you know, we still have to qualify for next season's Champions League. That's hardly a foregone conclusion.

So, I ask, where does the club go from here? Do we strip it all down and start over, or attempt to coax another season out of what we have? Personally, I'm torn - such is the magnitude of the question.

Amongst the topics you may want to touch on:
• Was this season a failure? I vote no, but answering this one leads into the next bullet.
• Carlo. Keep or bin him.
• If binning, who replaces and why?
• Player firesale?
• Finally invest in youth or continue in current vein? The later means dumping our so-called world-class academy and saving the cash. That's just me, though.
• Re: Lampard. Where do you stand?
• What specifically will help this club move forward?

Let's see what you have to offer. I must say, I'm looking forward to hearing from you all. KTBFFH