Share All sharing options for: Have your say: Best individual Chelsea performance witnessed

What's the best individual display I've seen from a Chelsea player in my time as a supporter? 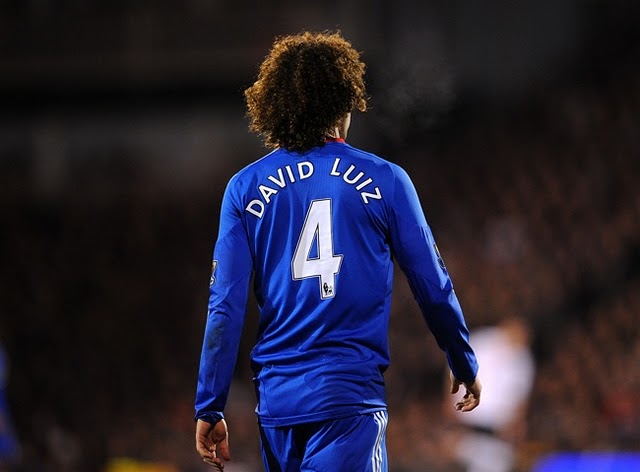 It's a difficult question to be sure. Damn near impossible really.

How do you separate, and thus rank, so many wonderful, even historic performances? Are any of Didier Drogba's numerous pillages of Arsenal more worthy than another? And then there's Frank Lampard. Breaking down his great days requires maybe an abacus or two. Or a TI-85.

I posed this question to the team. They - and by they I mean Jamie and Devin - then retreated to a remote bunker somewhere in southern California. They emerged some days later without a definitive answer, so they opted to delve into more recent times.

They first offered their thoughts on Bob's latest magnum opus, as something of a foundation for the rest of the debate. The two then managed to conjure up the same image for their second selection. Eerie.

David Luiz
Chelsea 2-0 Manchester City, 20 March 2011
Jamie: Of course. Even before he had won the free kick and scored the brilliant header from it, I thought he was fantastic. City didn't have too many attacks, but it seemed like any time they did, Luiz was there to block a shot or get a foot in, win the ball, and clear it. He's very aggressive and sometimes fouls when he shouldn't (his yellow card was completely unnecessary), but his commitment and determination really seems to have inspired the rest of the team and the fans. I should order my Bob wig soon.

Devin: I can't think of a player in recent club memory that's had a more resounding impact upon arrival. Tactically, he adds an element to our defense that's been missing for sometime - a forward thinking, athletic, pacy center back with technical capabilities and adhesive-like marking prowess. Adjectives aside, Bob's brought about an injection of life in the stands, and culturally suggests a shift in player recruitment philosophy at The Bridge. But on this day, he was imperious. Simply faultless. Sensational. A legend in the making …

Didier Drogba
Chelsea 2-1 Manchester United, 1 March 2011
Jamie: The man wasn't even on the pitch for very long, but he absolutely did what was required of him and he did it well. When we went ahead thanks to Super Frank's penalty, Drogba held the ball up and toyed with the Manc defense. His brief appearance that day keeps me convinced that he's still that beast of a player that truly frightens defenses.

Devin: Absolute game changer. He was lively on the sidelines, engaging the fans and rooting for the players to pick up the pace. His introduction to the fold brought on another dimension, one that ultimately shifted the tide of affairs in our direction. It was vintage Didier, and a reminder to us all that there's life yet in the old Drogs still. 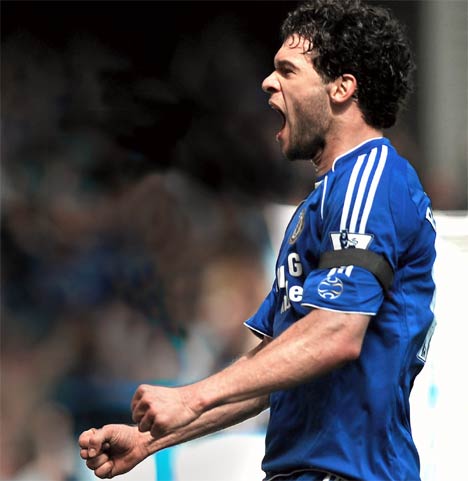 Me? Well, I delved into the mental archives searching for those special moments. Those lasting images imprinted on the temporal lobe.

I sat and sat some more. It proved to be a taxing process, but I finally arrived at a somewhat reasonable conclusion. I offer only one, and while it fails to hark too far into the club's history, it does bring a massive smile to my face - and that, my friends, is what a great individual performance really is about.

Michael Ballack
Chelsea 2-1 Manchester United, 27 April 2008
This was a visceral experience for me, one never to be forgotten.

Avram was in charge and it had kind of felt like we were on the long road to nowhere. Lampard was unavailable, the death of his mother far too heavy a blow to recover in time for this clash of titans - this must-win at Stamford Bridge. Not just a must-win in the sense of preserving the slimmest of chances of winning the league, but in the sense of restoring the pride and resilience that had come to epitomize this club under the now-departed Jose Mourinho.

Michael Ballack brought both attributes to the forefront here. There were numerous shining moments on this day - Drogba and Essien cutting mountainous figures; Shevchenko clearing from the line in added time - but it was the German who rose highest. He rose highest to open the scoring just before halftime, arriving late for a pinpoint header past Van der Sar. Then, when the title appeared lost, Ballack stepped to the spot and did what Germans do best, dispatch a penalty with the utmost ease. It was the first penalty conceded by United that season.

In between, Ballack displayed all the qualities that had once made him perhaps the best midfielder in the world. He was combative, incisive, industrious. He brought John Terry-type leadership to the midfield and forward lines. He willed us to that victory, as he willed us throughout the second half of that season. You may recall I named him The CO player of the season that year.

It was a stunning game, a stunning victory and a stunning performance from our Der Kaiser. A display certainly worthy of note in this debate.

So, we've made our selections. Now it's time to hear yours. Let us know some of your favorite individual moments in Chelsea history. I'm really looking forward to hearing from you all. Until then, cheers my friends.