Yeah, it was that kind of night. No worries, though, we'll see you in the last eight. 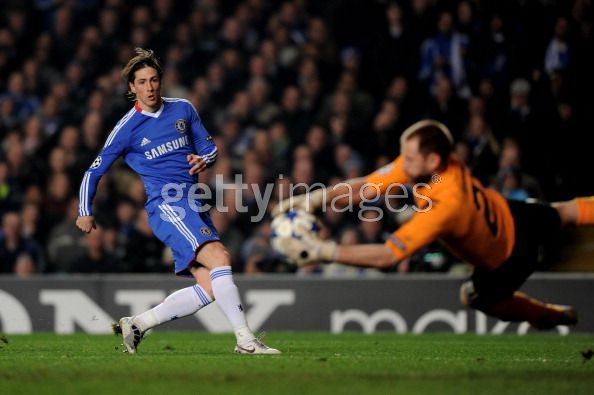 A classic European night at the Bridge this was not.

Those expecting a leaping Terry header 15 minutes from time to secure our advancement to the next round were let down not on this night but three weeks ago, after 54 minutes in Denmark. Nicolas Anelka's second goal that evening erased any tension previously allotted for this tie. In fact, Aneka's away double settled the tie altogether.

So we were not witnesses to an eight-goal thriller. Be glad. We secured our spot in Friday's draw without even exiting second gear. That's known as efficiency around these parts. And, you know, we held the cutting edge in reserve for a far more pivotal day. Sunday perhaps?

The Rundown
• We didn't win. You ain't heard?
• A year ago to the day we were eliminated at this stage of the competition by Jose Mourinho's Internazionale. Now we're into the quarterfinals. Progress.
• Yuri Zhirkov is some kind of player, eh?
• Fernando Torres has lost a yard of pace, they say. Tell that to the bloke he skinned just a few minutes into his substitute appearance.
• The Copenhagen support was in excellent voice, yes, but continuing their spiel during the minute's silence for the disaster in Japan? Inexcusable.

What else is there to discuss?

This was about as comfortable a game as we could have hoped. No real threat - aside from the annoying N'Doye rattling the crossbar with a wonderful free kick during the opening half - and no real exertion on our part. You got the feeling that, if needed, we could have moved into a third or fourth gear fairly easily.

The scary aspect is that, even with us coasting in second gear, we created chance after chance after chance. There were 28 shots according to the BBC, 12 on target. This compared to Copenhagen's two. If not for the goalkeeper Johan Wiland, who was, not surprisingly, the standout for FCK, we likely would have netted twice, at least. Alas, it wasn't to be - and thankfully wasn't needed.

Drogba continued his Jekyll & Hyde act, choosing this moment to unleash the beast. He really was unplayable for large portions of Wednesday's match. Apart from the final 10 or so minutes when he somewhat went off the rails, The Mighty One played within himself and opted rather for providing than finishing. There were several wonderful passes, all displaying his range, but his threaded ball for Anelka inside the second half's opening 10 minutes was stunning.

The Ivorian gathered possession at midfield, managed to drift past three separate challenges from Copenhagen defenders before spotting the run of Anelka. The pass came seemingly out of nowhere, whipped behind the defense with real pace. Unfortunately, as was the case the entire evening, Anelka couldn't find the touch necessary to cap the move.

And that was even my personal favorite highlight on the night. That came after 18 minutes. Yuri, a lead figure for most of the match, freed Drogba down the left side of the box with a wonderful slide-rule ball. Drogba then cut past a defender before back-heeling the ball into the path of Ashley. The fullback squared for Yuri, who had continued his run to the edge of the box, only for his left-footed strike from all of 12 yards skew wide of the far post. A massive let-down after that kind of interchange, but what a move nonetheless.

So, you see, there may have been no goals but there was indeed promise.

That's all I got at this hour. On to Sunday. 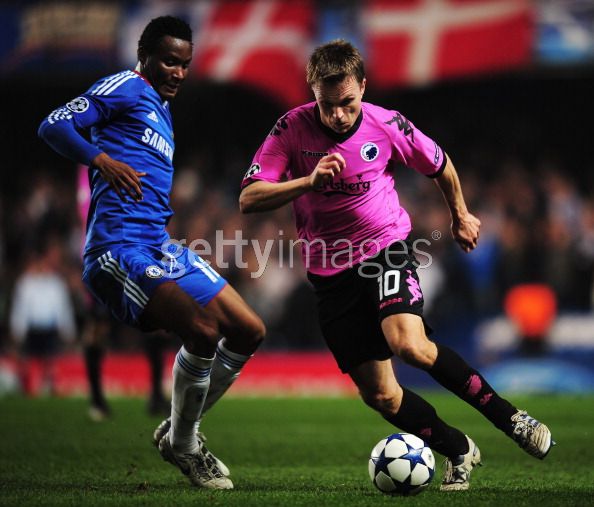