Two vital away goals. Some much-needed momentum - to the righteous tune of three consecutive victories. Nine days off. Not even we can bollix this promising situation up. 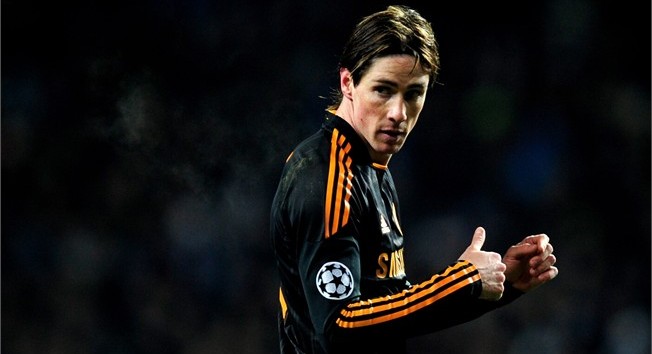 Why: This goes without saying, correct? I mean, qualification for the quarterfinals of this much-heralded competition is a must for Chelsea Football Club. For Carlo. Squandering a two-goal advantage - two away goals - would be disastrous. No, it would be worse than disastrous. How about fatal?

A thought
So Madonna's 'Borderline' is currently serving as the backdrop for this world-class preview. This woman, I've been in love with her ever since, well, I could process visual sensuality. That may be just a tad off topic, apologies. However, this particular cut - from her 1984 self-titled debut - serves as an appropriate segue into the choice topic amongst the various papes and blogs that rule the media landscape ahead of Wednesday's tie.

Is Fernando Torres already a flop? The borderline between feast and famine - brilliant and shit - is often thin. Torres has fashioned 12 shots and eight additional chances for teammates since his controversial move to the capital. His movement has been exceptional, even if his pace has yet to fully return and his touch has been less than stellar. He has, at least in my mind, shunned the personal in an attempt to ease the transition. Frustration has certainly boiled, yet he has not shown any kind of discontent - at least not publicly. He's said the right things.

Not enough for the hoard. Torres has not scored, thus he's a clear waste of a truckload of notes. Let them have their laughs. This man will come good, sooner rather than later.

Wednesday, for instance, represents a perfect opportunity for our Spaniard to answer his critics.

The team
Torres is pretty much a certain to start. But who will join him? It seems a fairly easy call at this stage of the game. Carlo, as we know, isn't one to field a weakened side and there's no real reason for him to consider such a move here. After all, as mentioned above, we will have enjoyed nine full days of rest come Wednesday.

Another special day for the 4-4-2? It would appear so. Who up front with Nando then? Nicolas Anelka has been the opposite of shit in Europe this season. The Frenchman has seven goals so far in the competition, joint second behind Lionel Messi. He must start alongside Torres.

Many would argue Kalou did enough in his 40-plus minutes against Blackpool to warrant a chance to prove his worth in a partnership with Torres. I would, however, disagree. As we know, there is a clear difference in performance between Kalou the starter and Kalou the substitute. It's the Ivorian's role as an impact reserve that has served him best during his time in London. Of course, with this being somewhat of a low-risk situation (not really), Carlo may well opt to see how these two get on from the start. I doubt it.

Midfield. The usual of Ramires, Sir Frank and Michael. Who to join them? I vote Yuri. He has shown much promise since returning to the side and is deserving of a solid run of games. His pace and guile may well prove vital to our European adventure. Malouda is bound to start firing again (soon?), but I prefer the Russian here.

Defense. Bob is obviously ineligible so this is real simple. Some of you may favor Paulo to Bosingwa, but I'll stick with the Portugese. Ashley Cole to get a rest? Never.

What should we expect?
We are no doubt in an excellent position. And, yes, FCK were incredibly disappointing in the opening leg. No Scandinavian side has ever won a match in the knockout stages. This seems to suggest a procession into the final eight, but I'm not exactly buying that.

Copenhagen may have some life this time around. They have, since the 2-0 home defeat, had the advantage of playing a pair of competitive matches. That should at least breathe some life into what was a listless Copenhagen side mired in a mid-winter slumber at the end of February. We know they have some talent. And some petulance (see Dame N’Doye). This kid has the potential of coaxing a rash decision or two out of the referee, or even setting off one of our more volatile players. Could be a crucial aspect.

There's also the chance of conceding an early goal. We've been known to switch off this season, so it's not exactly out of the realm of possibility. If that were to happen, things would get interesting really quick. That being said, I expect a professional home performance from us. Should I expect anything less from a set of professionals?

England's Brave John Terry to display the attributes that have him on the cusp of regaining the England captaincy. Fernando Torres to silence the criticism. Sounds like a fine day to me. KTBFFH