Rumor Roundup: Carlo Out in the Summer?

Share All sharing options for: Rumor Roundup: Carlo Out in the Summer?

In keeping with the theme of introducing new 'segments' to the blog, I present to you the 'Rumor Roundup', wherein we'll try to tackle the nonsensical banter that floats across the wire as often as we can. This week, we look at comments given to Sports Illustrated by FIFA Agent Carrie Baird, regarding all things Chelsea. Video and link under the hood: 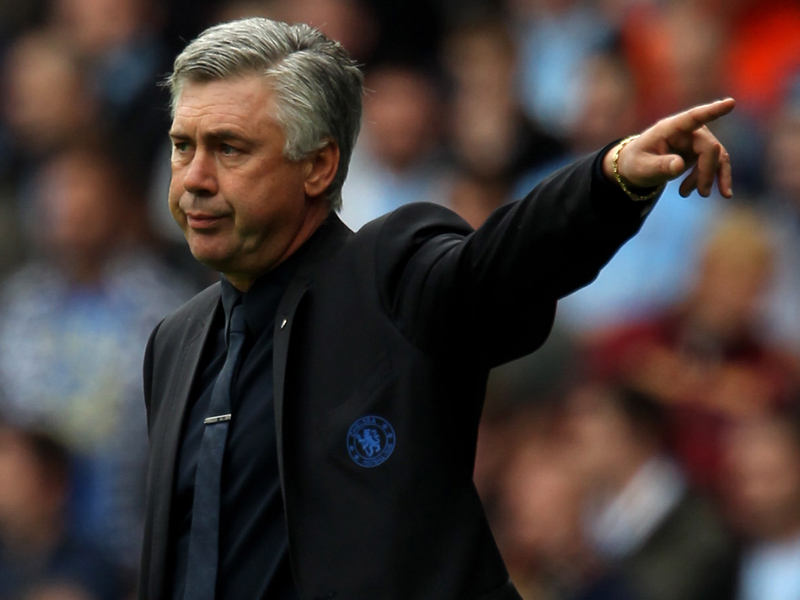 It would appear, that Carletto has come to a verbal understanding with Romes regarding his departure this summer. Baird claims that both parties have mutually agreed to part ways after the close of the season, with the notion that Carlo will be free to take on his dream job in Italy. Which, mind you, leaves us once again playing the usual game of Managerial Musical Chairs.

I can't embed the video into the post for some technical reason, but you can read the synopsis and watch the video here. Among Carrie's claims:

1. Chelsea are keen on brining in a Dutch coach, with the expectation that Frank Rijkaard, Marco Van Basten, or Henk Ten Cate are at the top of the list. The Special One is also on the shortlist, but a long shot at best to return.

2. Guus Hiddink, he of our glorious past, would be more suited to a role as a Technical Director of Football Operations, and will not be considered for a permanent coaching set-up at SW6.

3. The club, particularly Roman, would prefer to employ the 4-3-3 formation, and will be looking to recruit players in the summer that can map to this set-up. This implies that Neymar, Alexis Sanchez, Eden Hazard, and a whole host of young starlets will be getting long looks from the scouting network.

4. Apparently, before snatching Bob from Benfica, we attempted to lure Shakira's beard from the grasp of Barcelona.

5. We also tried, in vain, to get Andrea Pirlo back in January from AC Milan, with the understanding that Carlo knew things were rough and needed an immediate response to solve the crisis of our creaky midfield form and to further the development of young Jedi Joshy.

...if nothing else, watch the video to get a true sense of what Carrie's suggesting. If even 5% of what she says is true, it suggests that Romes has come full-circle and decided he wants a more hands-on involvement in the club's affairs, which we know can be both rewarding a perilously frustrating.

I'm not one for such gossip but it's welcome for all to participate in the comments section and let us know what you think about this latest string of media assertions about the club.