Share All sharing options for: On Liverpool: Tactics, Torres, Dalglish, and Luiz

Admittedly, I'm not over this one yet. The wound continues to smart the day after the wreckage, and I'm left with a sense of grief and despair. Grief over the notion that we've now lost twice to those Northerners, and despair over how porous of a performance we displayed given our newfound reinforcements and 'momentum'. Jack's summed it up rather succinctly in his Match Recap below. We were just not good enough, and it's time to make way for players that are willing to give it all up for the shirt instead of loaf around half-heartedly. 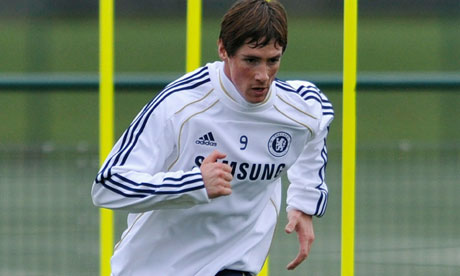 There is work to be done.

Maybe I'm venting. Maybe I'm overreacting. But if you watched this match, you couldn't help but feel as though we were a squad going through the motions, expecting Torres to offer a moment of inspiration. Anelka, so good against Sunderland, was inept. Drogba was wholly disinterested on this day, and I can't say I saw anything from our midfield trio of Lamps, Essien, and Mikel that warranted a guaranteed starting berth for the lot. For all our efforts, and there were few genuine ones mind you, we once again failed to link play between the midfield and our striking contingent.

Now, credit has to be given where it's due. I know I know, we're Chelsea supporters, so the mere notion of offering Liverpool praise for anything makes me vomit in my mouth. But alas, the facts are what they are, and on this particular night, Dalglish outmaneuvered Carletto. For a man to be out of the game for ten plus seasons, it's been a rather remarkable feat watching him adapt his squad to the current landscape. For all his strengths, Carlo has been a pretty poor tactician this season, often refusing to adjust the formation or bringing on questionable substitutions in critical situations. Granted, he gets paid the big bucks for a reason, but I think as fans we're starting to grow impatient with his decisions.

But in truth, yesterday's match was just a microcosm of the past week. The glorious highs and despondent lows of being a supporter. We capture two world-class footballers, and then lay an egg in the hotly-anticipated rubber match over the weekend. Any other club would let this one roll off their back and move on to the next one. But we can't seem to shake the vitriol from Liverpool supporters, and no doubt the media will be branding Torres as a 50m flop now that he failed to score a goal in his 60-minute cameo in Blue.

The good news? David Luiz looked fantastic. Like a young Riccy bounding up the pitch, hair in tow. My, the boy is athletic. It will be interesting to see how he is integrated into the squad, and whether or not his arrival will precipitate the disappearance of Bosingwa from the starting XI. Call me crazy, or what have you, but I was more excited watching Luiz forage into the attack yesterday, make critical blocks, and use his size to impede the progress of Liverpool players than at any point during Torres' performance. When he entered the match, he brought with himself a sense of purpose and energy. As if he was determined to make an impact on the pitch, for better or worse. The same can't be said for anyone else in Blue. Credit to Luiz. Also, Taxi for Bosingwa, por favor. And oh by the way, I think we've found Paulo's new calling: translator between Paul Clement and David Luiz.

Here's a recent excerpt from Mr. Luiz interview with the CFC Press:

'I am a quiet guy, this is very different from when I am on the field,' he explains. 'Outside the field I am a "take it easy" guy, I have a simple life. Inside the field my personality changes because I am tough when I play, but I like to stay at home, I have my family in Brazil, and the simple things make me happy."

So where do we go from here? Conventional wisdom suggests we can only get better after failing to offer anything tangible on the pitch yesterday. I'd agree in this context. Players need time to adjust and develop chemistry before they can seamlessly slot into position. Expectations will always be high for a club of our stature, so it's no surprise many of us are disappointed with what we witnessed. But with time, and the right amount of tinkering, this can be a squad that goes on a rampage. Patience is the key, but more than that, it will come down to Carletto's ability to distinguish talent from ego, and therefore devise a formation that is suited to our abilities rather than the names on the back of our kits.

For now, I'd like everyone to relax, breathe, and remember that it's just one game. We'll be back in seven days to try again. KTBFFH!