A week so full of promise ends in new lows. Plunge into this bitter chasm with me as we relive how a well-drilled, but far from lethal Liverpool grabbed a deserved win over an utterly useless Chelsea side at Stamford Bridge. Has it really come to this?

The lead-up was phenomenal. Harebrained rumors in early January somehow transformed into astonishing headline signings in the closing hours of the month's final day. That was Monday. Then came Tuesday, and with it the surreal picture of Fernando Torres dressed in Chelsea training garb. It really was unbelievable. Tuesday was capped beautifully by a sensational 4-2 win over Sunderland.  Nicolas Anelka reborn. Goal-scoring dynamism rediscovered.

Optimism? It was justifiably back. Or so we thought. Myself, I was really looking forward to the weekend's meeting with Liverpool. Who else, right? Torres in his debut against his old club. It just had to be. What better way to proclaim our return to barnstorming ways then with a win against our most fiercest rival of the new millennium? A Torres goal or two for good measure? Just a delicious prospect.

Ignoring that typical Chelsea letdown garbage - you know, we do love a good letdown - I found myself even more amped for a Chelsea match than usual, if that's possible.

That was until the game was actually contested. My lord, what is there to say?

Tactically, it was a whitewash. Carlo was out-thought, out-played and out-smarted by a man who has been watching from the stands for a decade. Liverpool came for a draw and left with a win. They swarmed. They muzzled. They used that three- to five-man defense with brutal effectiveness. Sure, they didn't create much offensively but they sure as shit created more than we did. Three shots on target Liverpool had. Us? None. NONE.

We're talking about a Liverpool team vastly undermanned in talent compared to us. They more than made up for that, however, with a motivated, disciplined, team-oriented fight for the common cause display. You have to applaud Liverpool - and Dalglish/Clarke - for that. If only we were so lucky to have that kind of spirit in our side at the moment.

But we're not so lucky. Speaking of Chelsea, were we not the antithesis of Liverpool on this day? No ideas. No fight. Nothing.  A merry band of wealthy athletes frolicking about, most of them without the inner drive necessary to excel at the top level. We spoke of complacency in December; it appears it hasn't vacated the area. How can you not be motivated when you're playing a club like Liverpool and two of your main rivals this season dropped points the day before? Unacceptable.

The players, however, aren't only to blame. King Carlo, as mentioned prior, was made to look like a goon by Dalglish. I'll admit I bought into the 4-3-1-2 as well, but it was a bust from the start here. No width and Liverpool's midfield five absolutely drove our three-plus look right into the ground. A lot of sideways passing, though, which we all love. Where in the hell was Ramires? He wasn't even on the bench. Of course, we could've done with some motivation, too, but when has Carlo been able to provide that of late? And let's not even discuss his substitution patterns. More predictable than our actual play? Here's a suggestion, Carlo: Sack up and start serving pink slips to the underperforming. Essien, Drogba, Lampard even - sit them. Unlikely, but if you want to right the ship - and save your job - you'll do it.

The lone positive from the day, well it had to be David Luiz. The Brazilian looks a gem. At least his inclusion from now on means no more Jose Bosingwa. We can think the heavens for that.

Onwards and upwards then, friends. Time to move on from this catastrophe and reconvene for Fulham on Valentine's Day. Torres can settle after an emotional week and get down to business. Carlo can start cutting fools. And maybe, just maybe, we can start playing the kind of football that will ensure Champions League football for next season. Hey, it's a start. 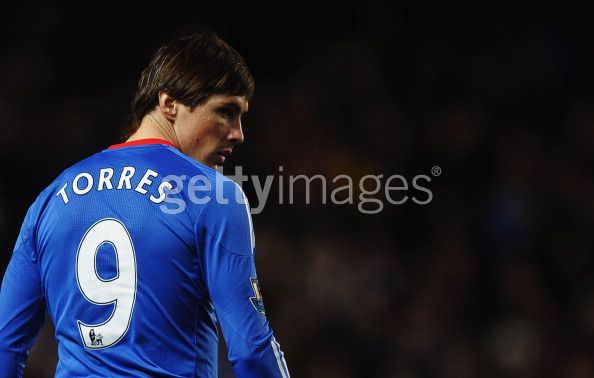 Not the debut he had in mind.

Player Ratings
Some lumping, because quite simply it was that bad.